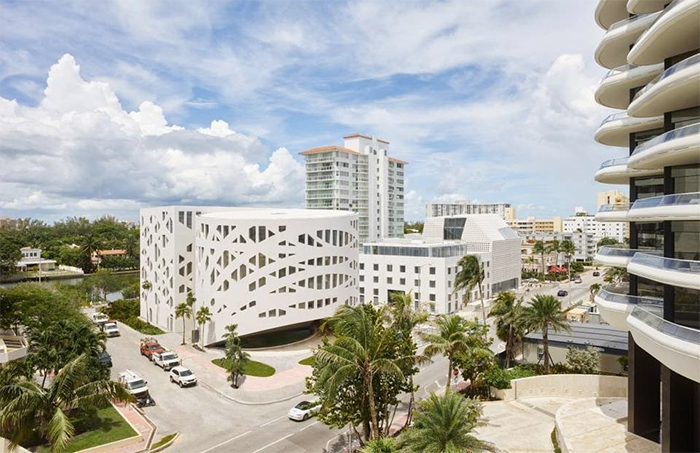 Faena District in Miami is officially open – just in the nick of time for the start of Art Basel Miami Beach and Design Miami this week.

Yesterday’s inauguration of the Faena Forum, Bazaar and Park buildings is the last piece of the puzzle in the $1 bn revival of a once derelict area of Mid Beach by Alan Faena.

The Argentinian developer enlisted a slew of ‘starchitects’ to make his dream of a culture district, stocked with world-class buildings, a reality.

OMA’s founder Rem Koolhaas and partner Shohei Shigematsu designed the 43,000 sq ft Faena Forum, an arts complex conceived as a 21st-century ‘Roman Forum’ which lies at the heart of the Faena District. The flexible space – a conjoined cube and cylindrical volume – features a cast concrete and glass façade inspired by the organic forms of tropical plants.

‘The building is really a piece of art. I think it’s one of the most beautiful cultural buildings in the world, and it’s in Miami Beach,’ says Faena.

Faena Forum – which opened with a carnival procession by Tide by Side – features a sunken ground-level amphitheatre and a domed 40ft-tall assembly hall which can be used to mount exhibitions and performances.

Adds Faena: ’It’s not an art centre. It’s not a museum… Our idea was to build the Forum as a symbol and platform for the world’s most interesting and creative people to play Miami Beach.’

The Faena District’s retail wing, Faena Bazaar, takes over the former Atlantic Hotel, whose façade has been retained while its interior volumes have been transformed into a destination retail space in the style of London’s Dover Street Market.

The trio of buildings joins the already complete Faena Hotel – a restored 1940s resort tower with interiors by the director of The Great Gatsby and Moulin Rouge, Baz Luhrmann – and the Foster + Partners-designed, 18-storey residential condo Faena House. 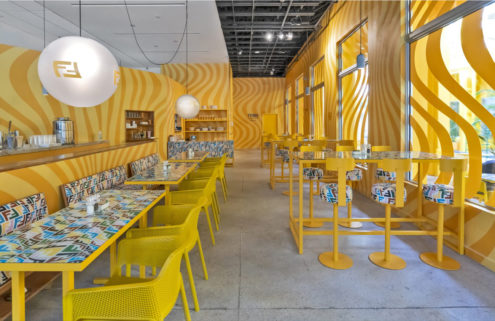