Los Angeles County is launching a pilot scheme that will pay homeowners to construct granny flats for the area’s homeless.

The city is the homeless capital of the States, and figures released in June by the Los Angeles Homeless Services Authority revealed there are currently 57,794 people homeless in the county – a 20% increase from 2016.

LA County’s Board of Supervisors will offer homeowners up to $75,000 to fund the construction of accessory dwelling units (ADUs) on their properties as part of the 18-month test scheme, with the proviso they are rented out to homeless individuals.

Curbed LA also reveals that homeowners who already have a second dwelling on their property can apply for up to $50,000 grants to renovate their units under the scheme, with similar stipulations.

LA County’s Board of Supervisors has earmarked $550,000 for the programme – roughly enough to fund half a dozen ADUs, and an architecture competition to generate low-cost designs for the tiny homes. It will help gauge participation interest from homeowners, and assess the effectiveness of ADUs as a solution to the crisis.

The low-cost accommodation programme is one of 47 strategies approved by the board last year to tackle homelessness which is being compounded by rising rents.

According to data from the California Housing Partnership, average rents in LA County have increased by 32% since 2000, but – when adjusted for inflation – the average household income for renters has fallen by 3%.

Interested LA County homeowners can get more info about the scheme by emailing housing@planning.lacounty.gov.

Up next: This photo essay imagines homes for Los Angeles’ homeless 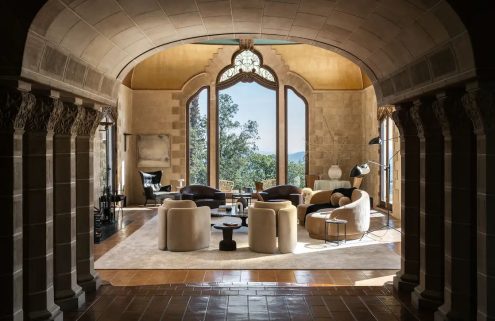 Los Angeles’ storied ‘castle’ has hit the market for $9.8m 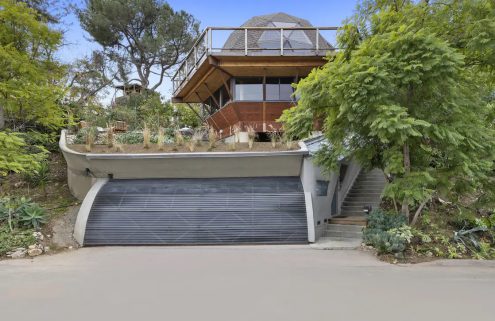