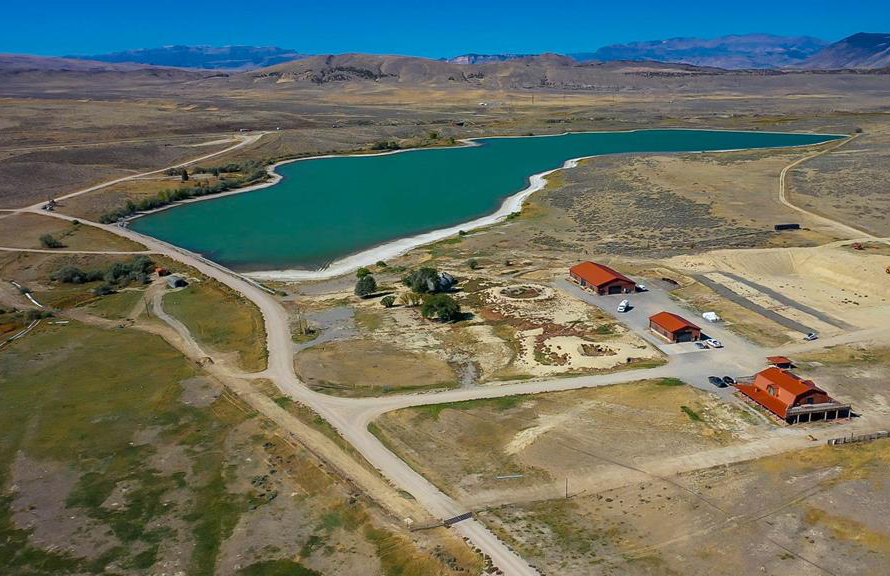 West purchased the Wyoming ranch in 2019 for a reported $14m and lived there while finishing his ninth album Jesus Is King. Stretching to nearly 4,000 acres, the property includes two freshwater trophy lakes, an equine facility and a lodge, not to mention sweeping views of the Absaroka mountains. (Yellowstone National Park is around 75 miles away.)

It’s unclear why the rapper has put the Wyoming property on the market, although some have speculated that it’s linked to his ongoing divorce from Kim Kardashian, who he married in 2014.

It appears West’s original plans to build a 52,000 sq ft home on the ranch never came to fruition, with the estate seeming largely unchanged from when he acquired it. However, he has dropped the price tag with the new listing via DBW Realty.