London’s getting a purpose-built design district

London’s is known for its booming design scene, but until now it’s never had a purpose-built design district. That’s set to change with the creation of a new zone on the city’s Greenwich Peninsula.

Serpentine Pavilion designers SelgasCano, 6a Architects, and David Kohn are among eight practices commissioned to create buildings for the one-hectare London design district, which will sit at the heart of the riverside development.

‘At the very centre of this new community will be artists mixing with start-ups, mixing with independent market traders and design companies,’ says Richard Margree, chief executive of Knight Dragon, which is developing the site. ‘We want a real mix of companies to come and to take over the place.’

Affordable workspaces will be created for between 1,500-1,800 creatives across 16 buildings in the Greenwich design district, with studio rents starting at £25 per sq ft and workshops at just £10 per sq ft. The first wave of tenants are expected to move in by early 2020, and the entire district will be delivered in a single phase.

Practices Mole, Architecture 00, Barrozi Veiga, Assemblage and Adam Khan Architects have also been commissioned for the site, and each practice was tasked with designing two buildings independent of each other, to create diversity across the scheme.

SelgasCano – who created the candy-striped 2015 Serpentine Pavilion and Second Home in London – have designed a transparent, snaking market hall that will sit at the centre of the site, with colourful low-rise modules (including a tiered block capped by a basketball court) set around around it.

The £8.4bn Greenwich Peninsula development is being master-planned by Allies and Morrison. In addition to the London design district, it will deliver 15,720 homes, retail space, schools, office space, and a new tube station designed by Santiago Calatrava.

Elsewhere in the city, plans are afoot to create an official London culture mile from Barbican to
Moorgate, which will encompass the area’s burgeoning cultural venues, including the new Museum of London and Centre of Music.

[Via Dezeen & The Evening Standard]

Read next: Conrad Shawcross turns an emissions tower into a sculpture in Greenwich 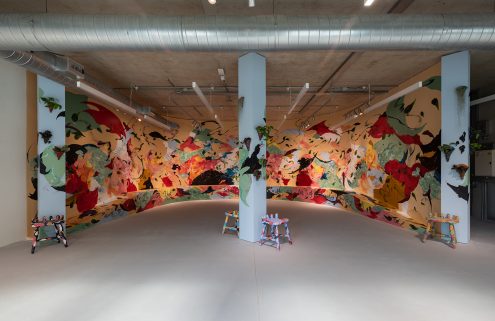 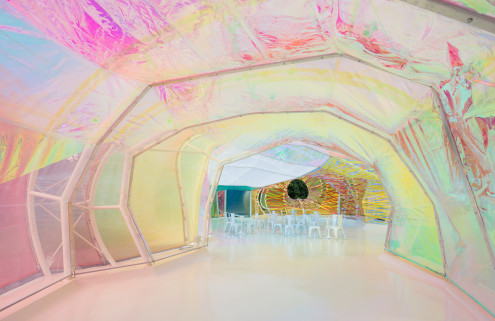 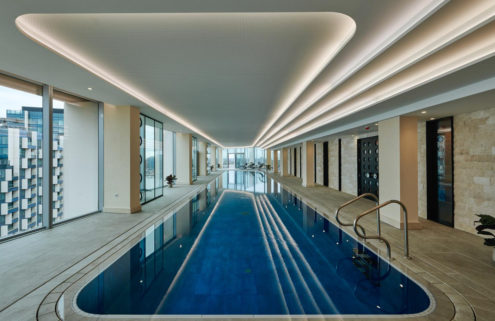