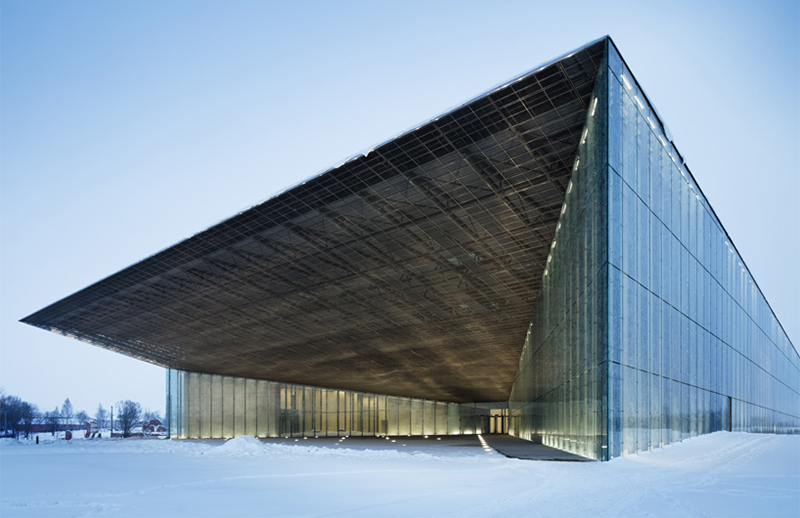 Paris-based architects DGT have transformed a former Soviet military base into a new home for the Estonian National Museum in the city of Tartu.

The building will display the country’s national collection to the public for the first time since WWII, when Estonia was swallowed up by the Soviet Union.

DGT Architects say: ‘The creation of the new Estonian National Museum, to be located in the city of Tartu, is testament to the quest for reawakening a pride in national identity and a unique cultural history.’

At the competition stage, the practice opted for the adaptive reuse of the 34,000 sq m disused hangar instead of a nearby site that was originally made available.

The roof, pointing towards the sky, shelters the museum entrance – a detail intended as a nod to the area’s history as an airbase.

DGT Architects also added glass framing around the building’s concrete shell, and carved gallery and performance spaces within to showcase more than 140,000 objects.

The Estonian National Museum will open on 1 October 2016. 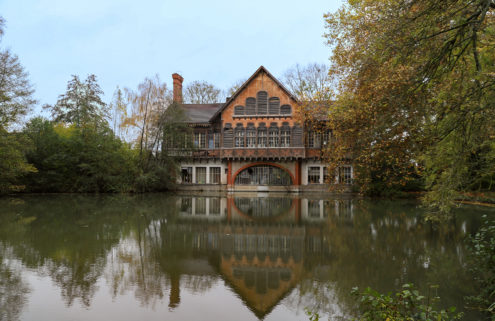