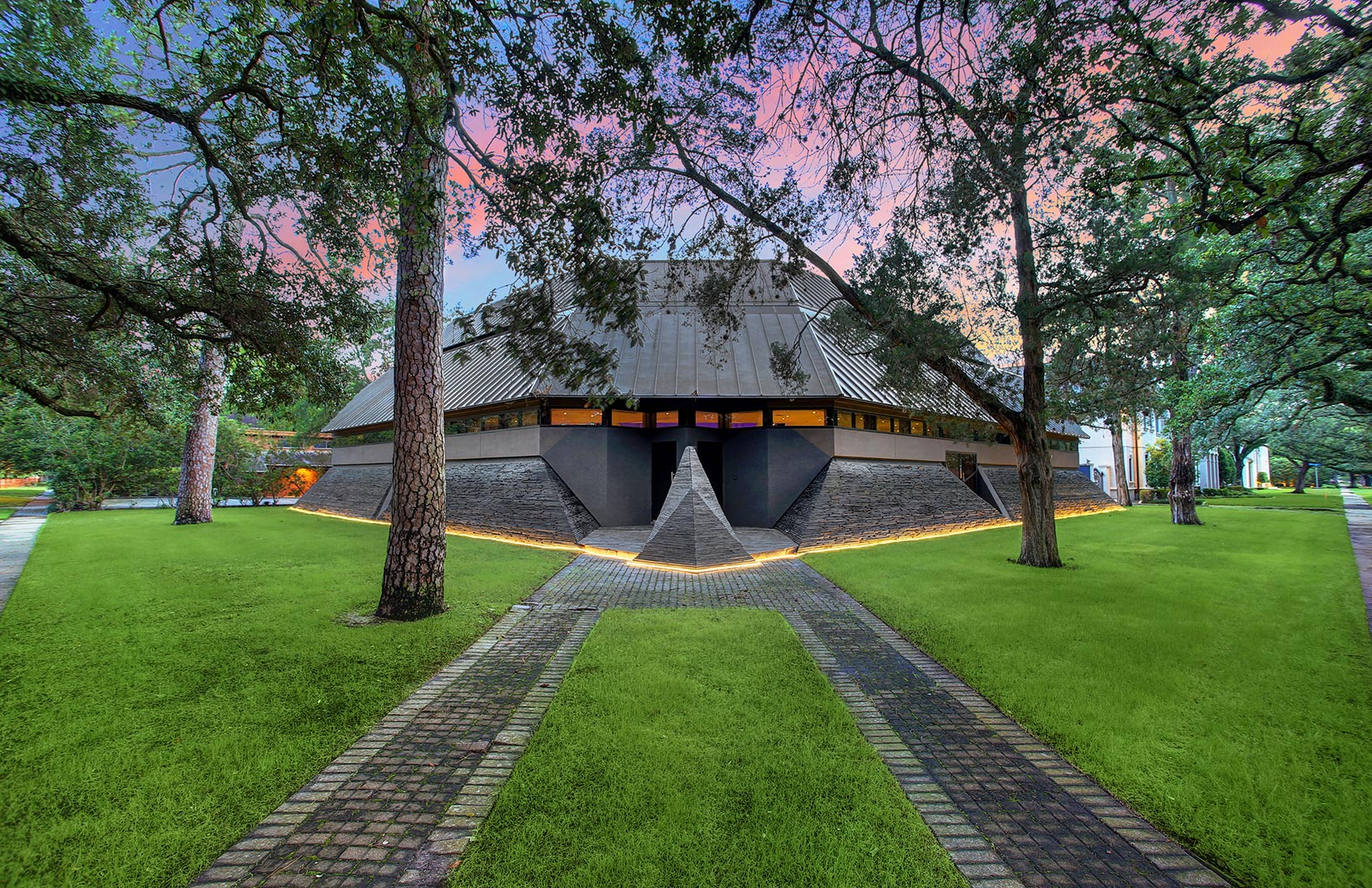 The dark side of the force lives on at this fortress-like Texas property in West University, dubbed the ‘Darth Vader House’ for its resemblance to the Star Wars villain’s helmet.

The trapezoid property is located just outside of Houston and was designed in 1992 by architects Roger Spears and Randy Hickey for its owner, who based it on a stealth aircraft. It has an angular form topped with a steep, sloping metal-clad roof hovering above a thin band of windows. All of which give it a menacing vibe, which the Sith Lord would no doubt approve of.

Inside the otherworldly 7,000 sq ft Texas home, there’s a cavernous, double-height living room with an imperial staircase leading up to the upper floor, extensive glazing, and lightsaber-like recessed linear lighting. It has four bedrooms and is on sale with Martha Turner Sotheby’s International Realty for $4.3 million.