Named Spring Place, it takes over the 5th and 6th floors of a 1920s former telephone exchange building – also home to Spring Studios in its east wing – on St John Street.

Bluarch’s principal Antonio Di Oronzo oversaw the creation of the Spring Place space inside the building’s west side, crafting its interiors and lighting design.

It comes equipped with a gallery space, temporary showrooms and boardrooms. Members also have access to Spring’s roster of events, green rooms and editing suites.

Promising ‘all the hospitality of a boutique hotel’, it also includes an all-day restaurant, bar and soundproof music room stocked with instruments, and a ‘sunken’ living room.

Concrete features heavily throughout the space, which is filled with mid-century furniture. New floor-to-ceiling windows give members views out over Manhattan while they work.

Membership packages for locals start at $900 per month for locals ($600 for under 30s), while creatives who just want to use the social facilities can expect to pay $250 per month.

And Spring Place TriBeCa looks set to be the first of many. It’s currently in the process of converting a 100,000 sq ft building in the Arts District of Los Angeles, with founders Francesco Costa and Alessandro Cajrati Crivelli on the hunt for other spaces in cities across the globe including Paris, Milan, Tokyo, Miami and Sao Paolo.

Editor’s note: this piece was amended on 8 June to include Bluarch principal Antonio Di Oronzo’s role in the project. 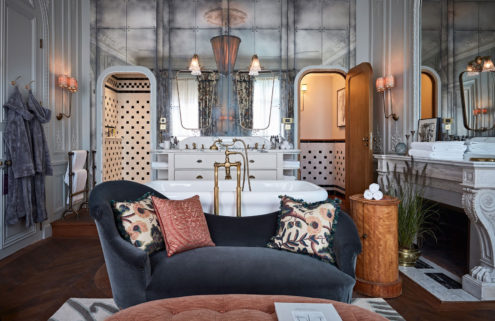 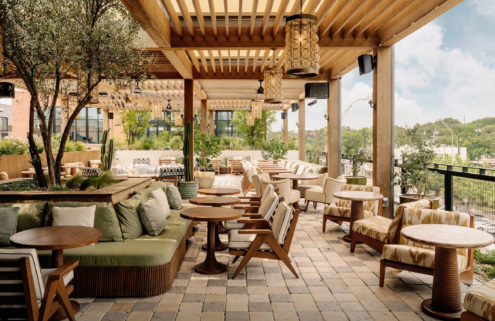 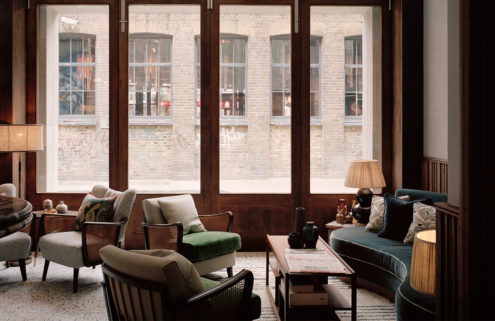