The xx, Raf Simons, Millie Bobby Brown, Paris Jackson, Alasdair McLellan – a lot of famous names have collaborated on the sun-glazed video for The xx’s latest single I Dare You. But the most infamous star is the building where it’s set: Los Angeles’s iconic John Sowden House.

‘You know this place is haunted, right?’ asks actor Ashton Sanders to Paris Jackson. ‘I dare you to go inside it…’

‘It’s weird and creepy,’ she replies. ‘I dare you to follow me…’

The structure – built in 1926 by Lloyd Wright, the eldest son of the legendary Frank Lloyd Wright – is widely agreed to be the architect’s masterpiece. An example of the Mayan-Revival movement in modern architecture at the time (a style also espoused in his seminal 1924 Samuel Novarro House), John Sowden House’s striking pyramid facade – constructed using ornamented concrete blocks – has drawn comparisons with both Mayan temples and the mouth of a great white shark.

In his 2003 book, Black Dahlia Avenger, Hodel’s son Steve, a retired LAPD officer, made the case that his father had been responsible not only for the death and mutilation of Elizabeth Short, known as the Black Dahlia, in 1947 but also of a number of other mysterious deaths around the city, and that these crimes had taken place in the basement of Sowden House.

Compelling evidence has come to light in the years since Steve Hodel made his case against his father, but the Los Angeles property has never been formally excavated, and association with murder hasn’t hurt its reputation. The same year as the allegation, Sowden House was named a Los Angeles Historic-Cultural Monument, and in 2004 it took on the role of Katherine Hepburn’s home in Martin Scorsese’s Howard Hughes biopic The Aviator.

Most recently the four bed, five bath mansion, built round a dramatic central courtyard, was listed by Redfin for $4,698,000. With an offer currently pending, the languid video from imagemaker McLellan, starring beautiful young people dressed in Raf Simons for Calvin Klein, overset with The xx’s unmistakably hazy, laconic sound, is the best – and perhaps safest – way to get a glimpse inside this historic house. 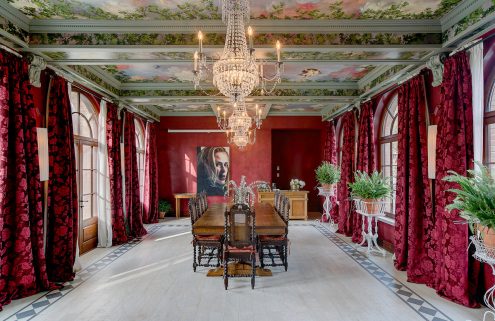 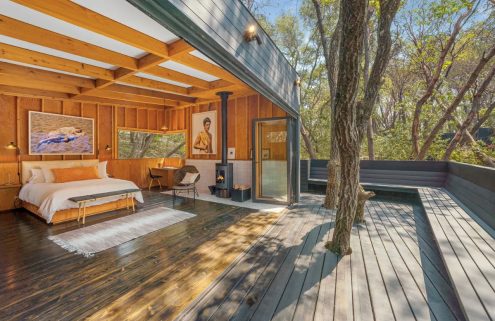 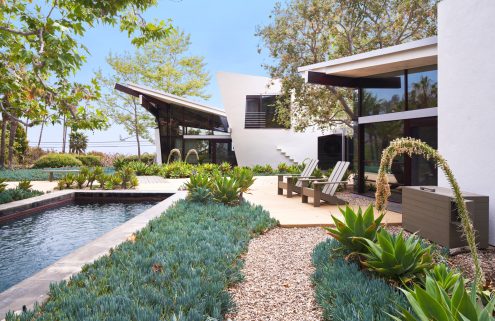 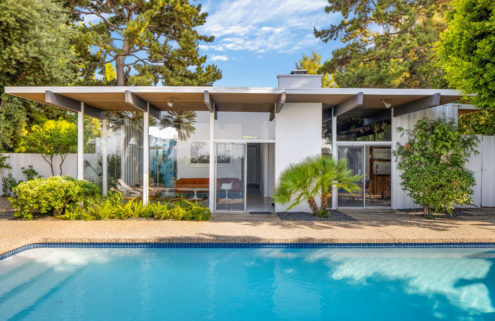