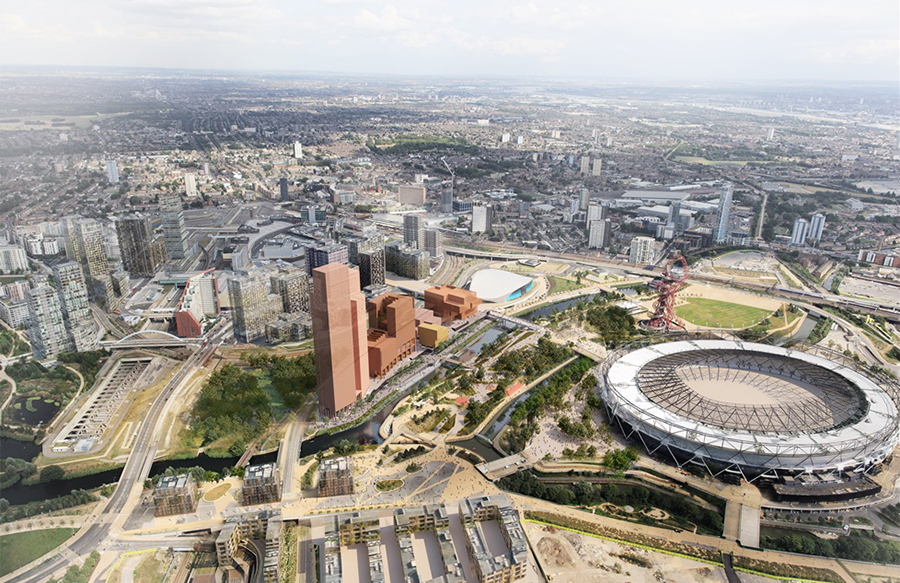 Architects Allies and Morrison won a bid to masterplan the £1.3 billion project last year and have now released the latest plans for the cultural quarter, featuring outposts for the V&A, London College of Fashion and Sadler’s Wells. 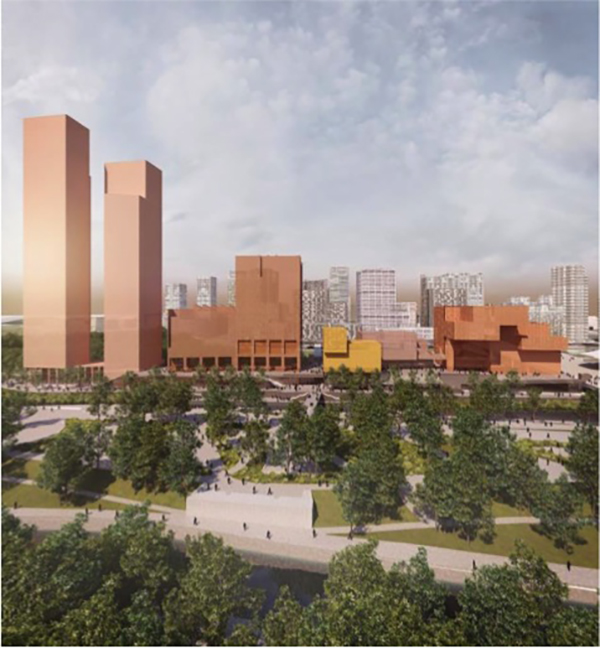 Two residential towers will also make up Olympicopolis – a name coined by outgoing mayor Boris Johnson – while an eastern campus for UCL, devised by LD Design, will be built to the south of the ArcelorMittal Orbit tower. A UK base for the Smithsonian Institution is on the cards too.

‘These new images really start to give life to the project, which will help create new jobs, provide a huge boost to the east London economy as well as attracting an additional 1.5 million visitors to the park,’ said David Goldstone, chief executive of the London Legacy Development Corporation, which is spearheading the project. 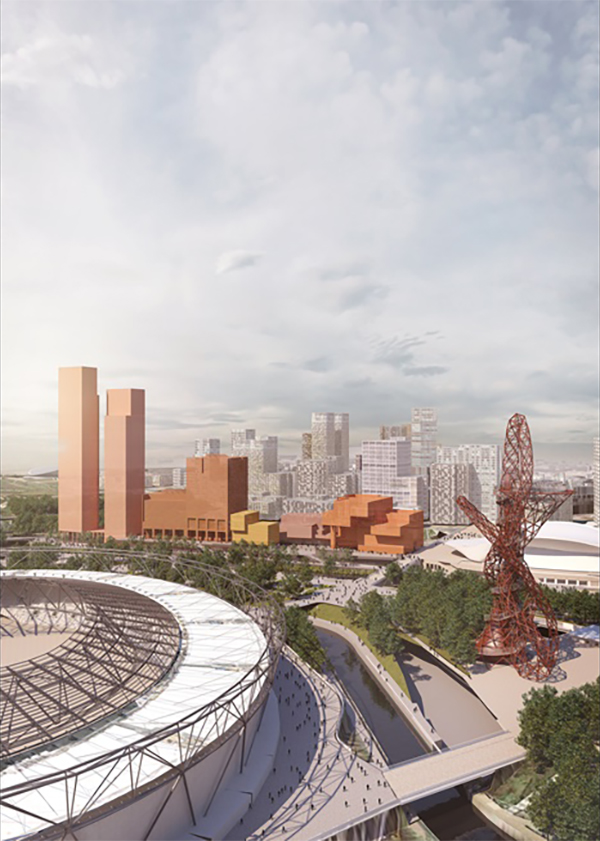 The project will be submitted to planning bosses in December 2016. If everything goes without a hitch, construction will begin in 2018 and the buildings could open in 2021. 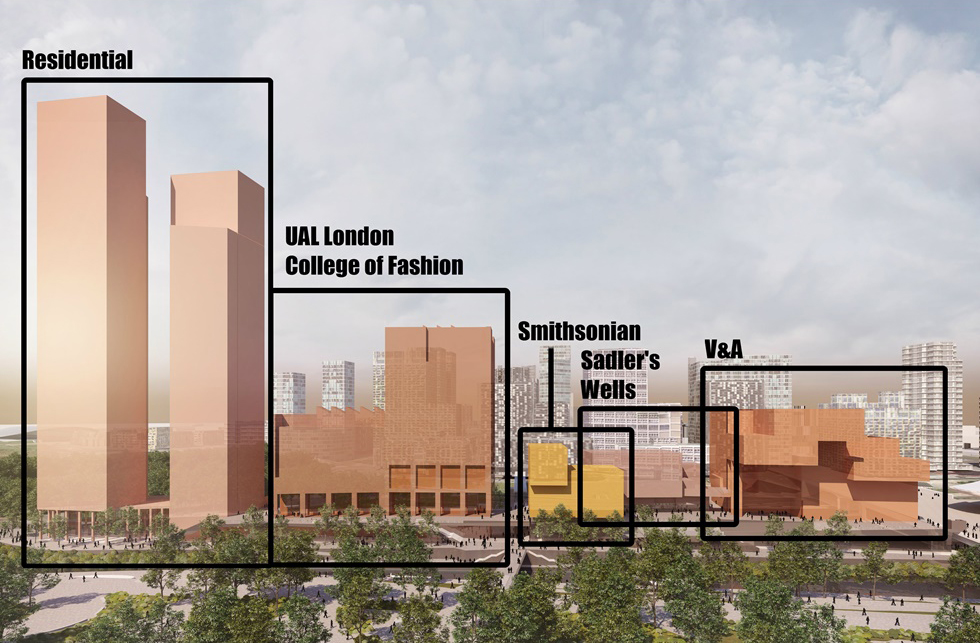 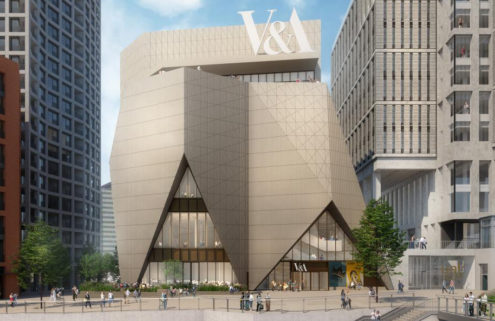 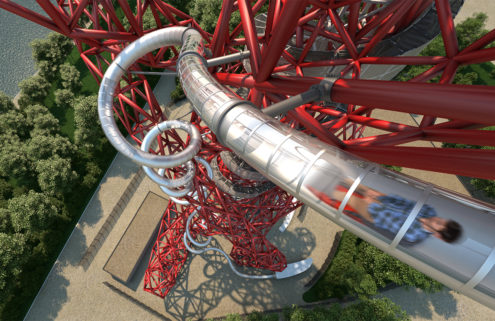 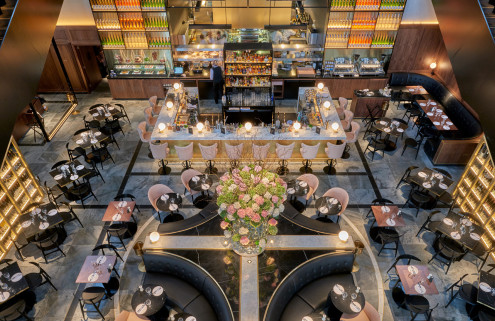 Britain’s first gym to reopen as a restaurant this week