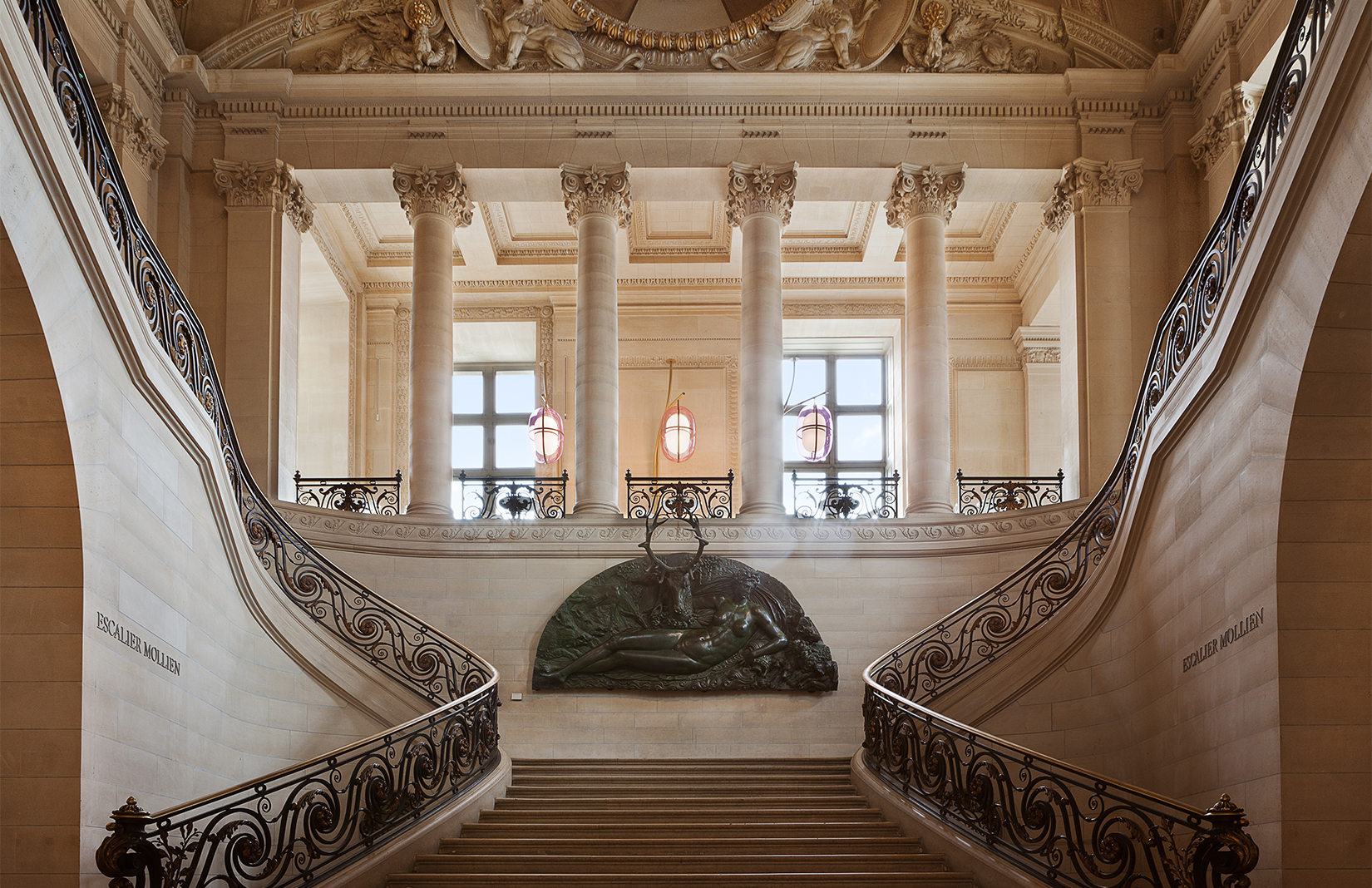 French designer Mathieu Lehanneur has given the Café Mollien inside Paris’ Louvre museum a makeover.

The venue has reopened after a month of work and features pink-tinged lights that shoot up 4.5 metres high like plants. It occupies the Denon Wing – a section added to the building in the mid 19th century – which connects the museum to the Tuileries Garden.

As well as the plant-like lights, the cafe includes further contemporary touches including matt white chairs, lacquered wooden benches upholstered in fabric and a 10-metre bar by the café’s entrance.

The light, modern palette is offset by the grand Neo-baroque staircase, columns and marble-tiled flooring of the space.

Lehanneur has become known for his work with historic buildings, including the marble podium he added to the St Hilaire church in Melle and an upcoming project to remodel the Grand Palais in Paris. 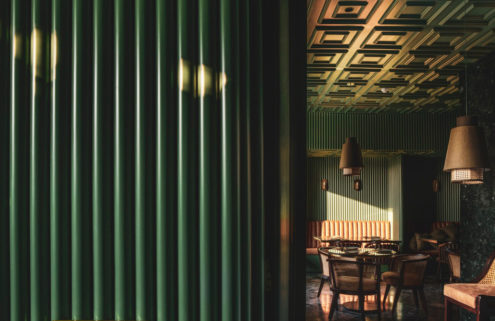 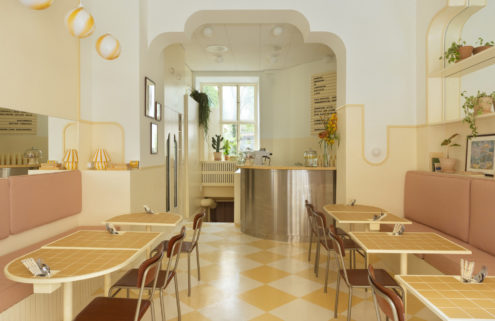 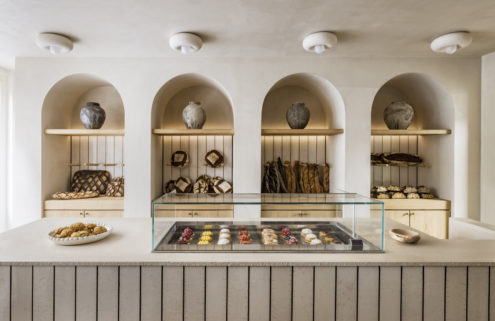 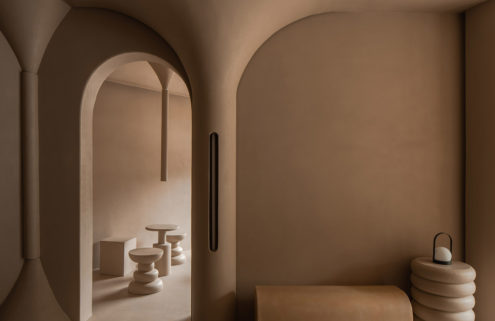