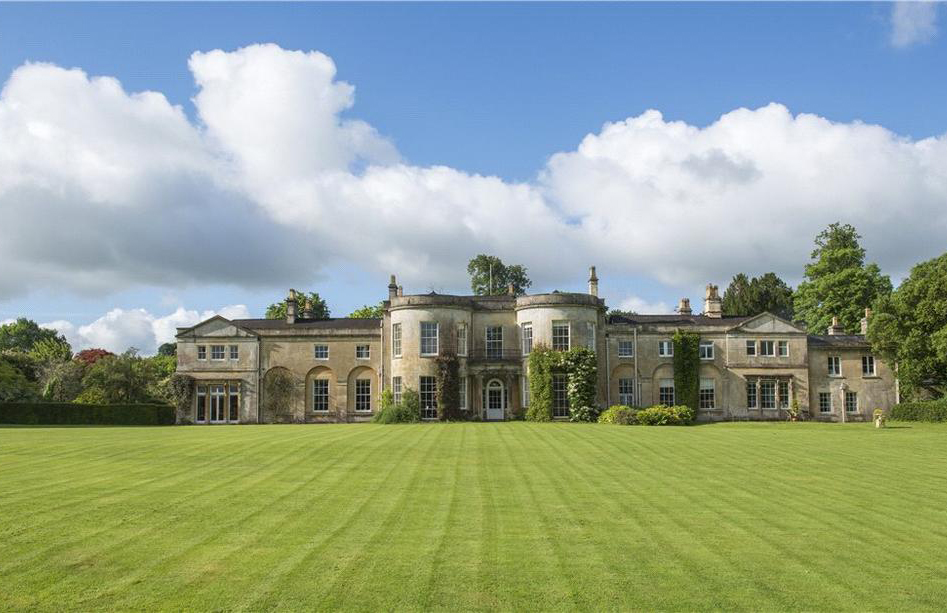 A Somerset country mansion that hosted hit TV show The Great British Bake-Off has come up for sale for £5m – and it comes with a giant treehouse.

Harptree Court was built in 1797 for Joshua Scrope, who enlisted Charles Harcourt Masters of Bath to design the classical East Harptree property. But the stonework had barely been finished before he sold it to the Waldegrave family, who added a service wing to the symmetrical manse in the early 1800s.

The Grade II-listed Georgian property’s formal gardens and lawns were also drawn up around this time. (Baking fans will recognise them from GBBO seasons 3 and 4, which were filmed in its 52-acre grounds.)

Harptree Court is run as a profitable B&B by the present owners, whose family has owned the Somerset property – on the market via Knight Frank – for nearly 100 years. They’ve built a the giant treehouse in the grounds, which is booked solidly throughout the year as a holiday home.

The main house itself is largely intact with original fireplaces, carved stone pillars and mouldings all carefully retained. It comes with four reception rooms, four main bedroom suites and four further bedrooms, as well as games and family rooms.

A separate two-bedroom cottage on the estate is also rented out, while a number of undeveloped outhouses, farm buildings, barns and a Victorian stable yard could be turned into profitable enterprises – but they’ll require some elbow grease to refurbish.

Harpen Court sits within the Mendip Hills, an official ‘Area of Outstanding Natural Beauty’ that is just 13 miles from Bristol, and 16 miles from the Bath.

Read next: A former convent with commercial potential lists in the Cotswolds for £4m