Soaring loft in the NYPD’s former gym asks for $18.5m 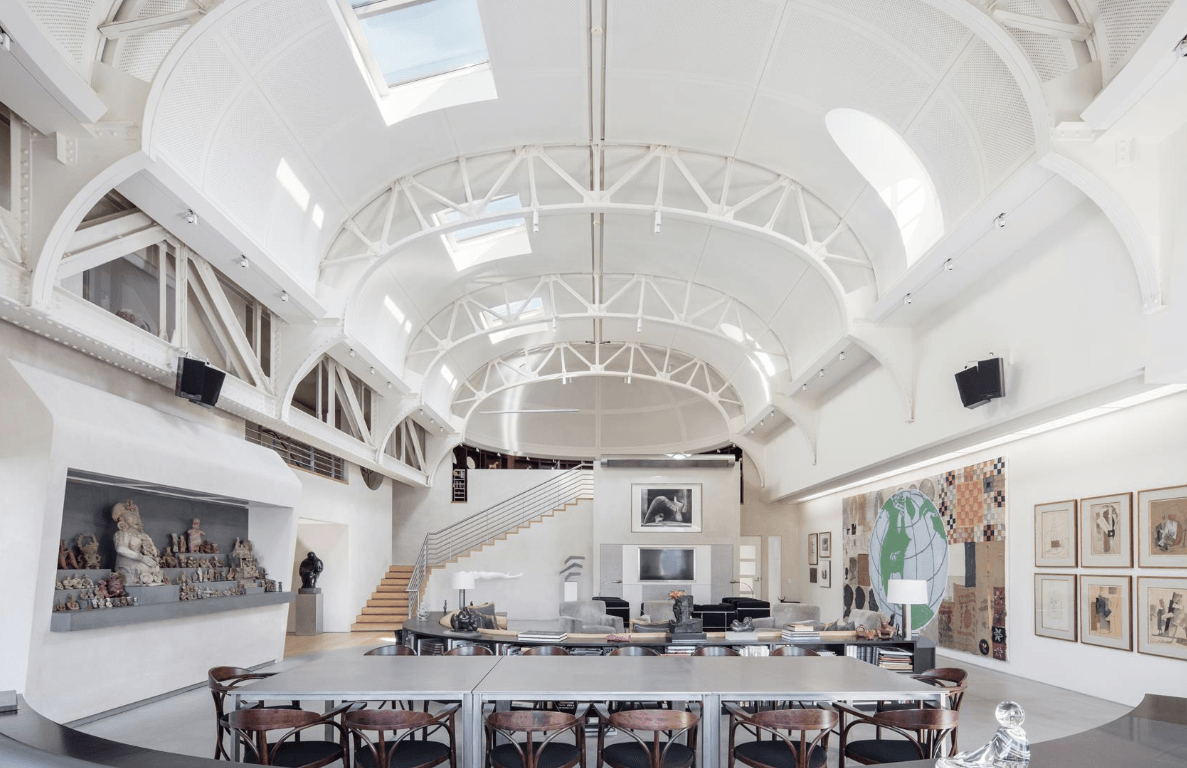 As landmark residencies go, the old NYPD headquarters in Manhattan is among the most spectacular – as this duplex in its former gym attests.

Clocking in at 6,600 sq ft, the Nolita property has a jaw-dropping great room with a 25-ft-tall barrel vaulted ceiling that is crossed with steel trusses and skylights.

Feted ‘New York Five’ architect Charles Gwathmey was responsible the duplex’s four-year-long makeover – and according to listing, it’s the only apartment he designed in its entirety.

The master suite fills the entire east wing of its upper level. Elsewhere, there’s a library – complete with radial glass floor – which overlooks the great room, as well as three more bedrooms, and a terrace with sweeping views over SoHo.

The Beaux Arts style building at 240 Centre Street was completed in 1909 by Hoppin & Koen, and used by the NYPD until 1973. The vacant structure was converted into huge lofts and apartments eleven years later, and quickly became one of Manhattan’s most sought after – and expensive – residencies.

It’s not the first time around the block for this pad though: listed on and off since 2008 with a yo-yoing price tag, it is currently on the market via Douglas Elliman for $18.5m. Will the Manhattan property finally find a buyer with deep enough pockets?

Read next: Loft in the NYPD’s former stable hits the market

A cedar-clad home by Sebastian Mariscal has listed in LA for $3.7m