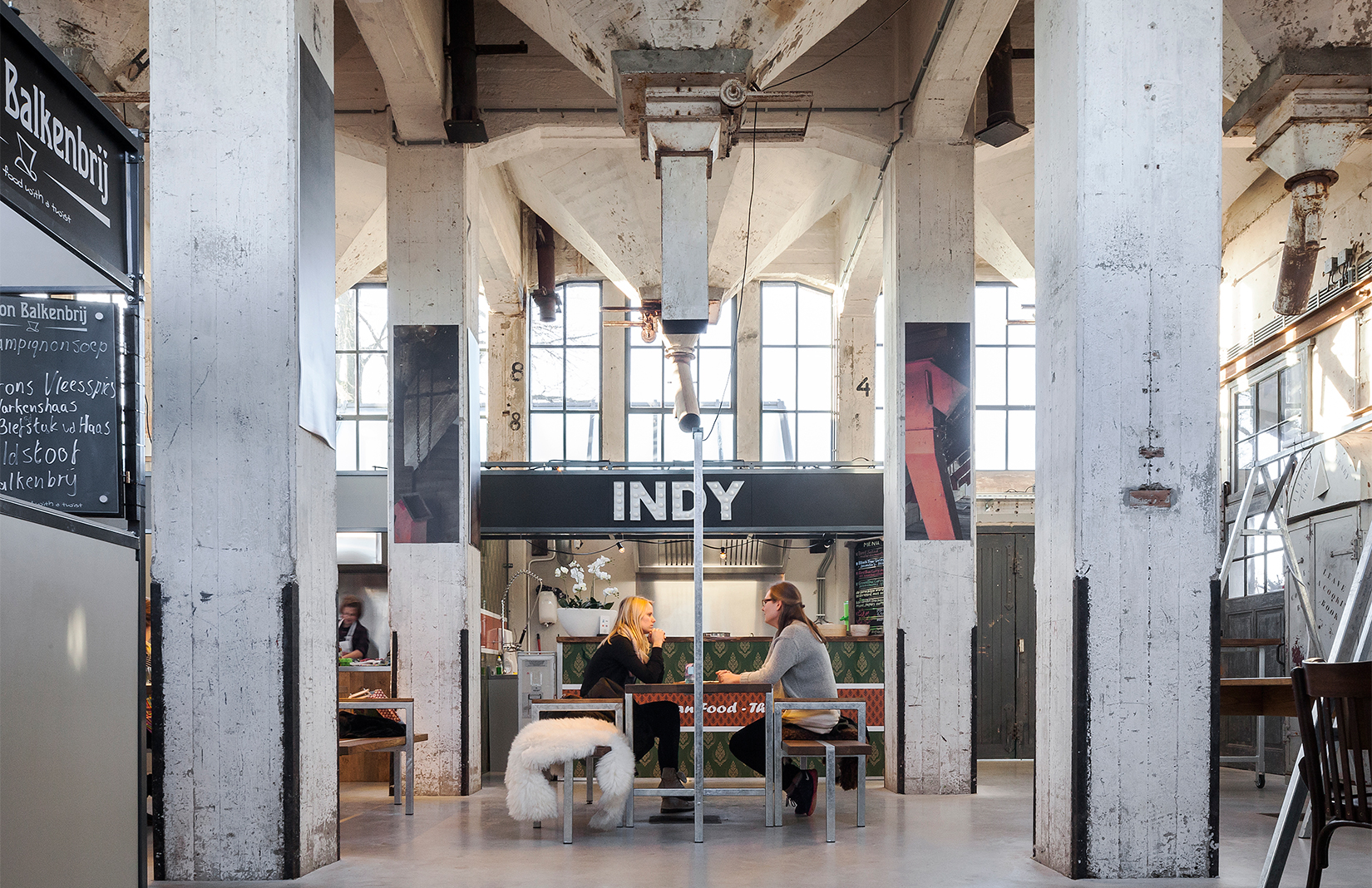 Dutch architects Wenink Holtkamp have transformed a landmark 1920s grain silo into a food market in the harbour of Deventer, the Netherlands.

Its new guise is designed to make the concrete structure – originally conceived by local architect Maarten van Harte – the new face of the area. Known as the Zwarte Silo, the building had been disused since 1990.

‘The new function, in contrast to the closed character of the grain storage, asks for a more open character, opening itself to its surrounding area,’ said Jan-Peter Wenink, founding architect of the practice.

Ducts, pipes and silo cones have been retained along with the structure’s concrete walls and pillars. The firm also added steel window frames as part of the adaptive reuse project.