Property of the week: Treetop House by Peter Stutchbury in Sydney

A forest sanctuary close to the city

Treetop House rises amid the Spotted Gum trees and Casuarina of Avalon Beach – a northern suburb of Sydney.

Sited on a steep plot, the building is tucked under a wind-protecting ridgeline and peers out to the Pittwater estuary. It’s on sale for the first time since it was completed in 1993.

Architect Peter Stutchbury – who won the 2015 Gold Medal from the Australian Institute of Architects – retained all bar one of the site’s original trees when building the house, which has a minimal 6-metre footprint.

Said the jury who awarded him the prize: ‘Stutchbury has mastered the art of creating architecture that speaks of the place it inhabits – buildings that are environmentally sustainable, culturally specific and locally embedded.’ Treetop House is a case in point.

A square, blockwork tower acts as its trunk, anchoring the building to the site. It holds a multifunctional living space with a bathroom on the ground floor, above which is a master bedroom, complete with a cantilevered indoor/outdoor shower.

The building – on the market for $2.3 million via Australia’s Modern House – is crowned by a cantilevered living platform or ‘canopy’ that wraps around the tower. Living spaces open onto wide verandas, making the most of the views.

A ‘sleeping/bathing bridge’ holds two children’s bedrooms and a bathroom.

Stutchbury has used simple, robust materials to build Treetop House that reference the surrounding forest – including oiled tallowwood floors, plywood joinery in the kitchen and oiled jarrah on the stairs.

Would-be owners can enjoy the sounds of tawny frogmouths, cockatoos and kookaburras from its wooden decks.

Read next: This jungle retreat in Mexico could be your next home from home 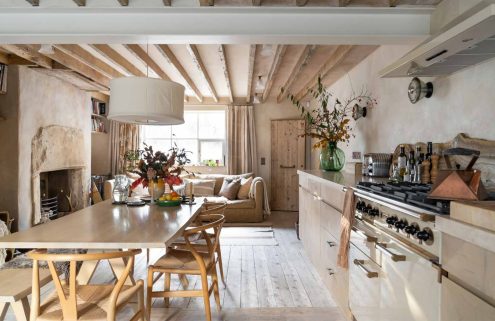 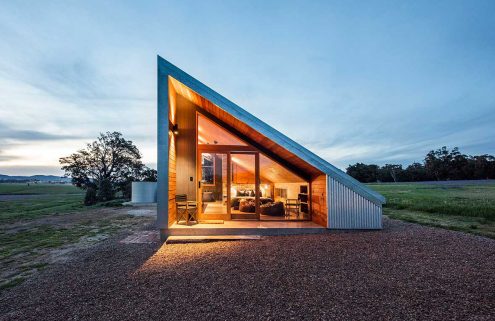 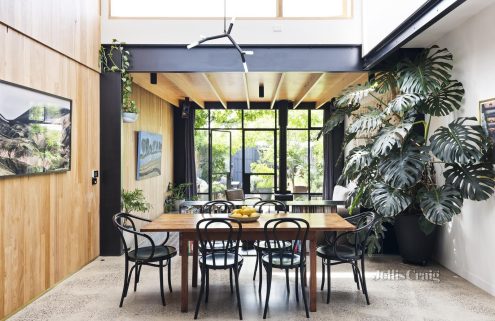