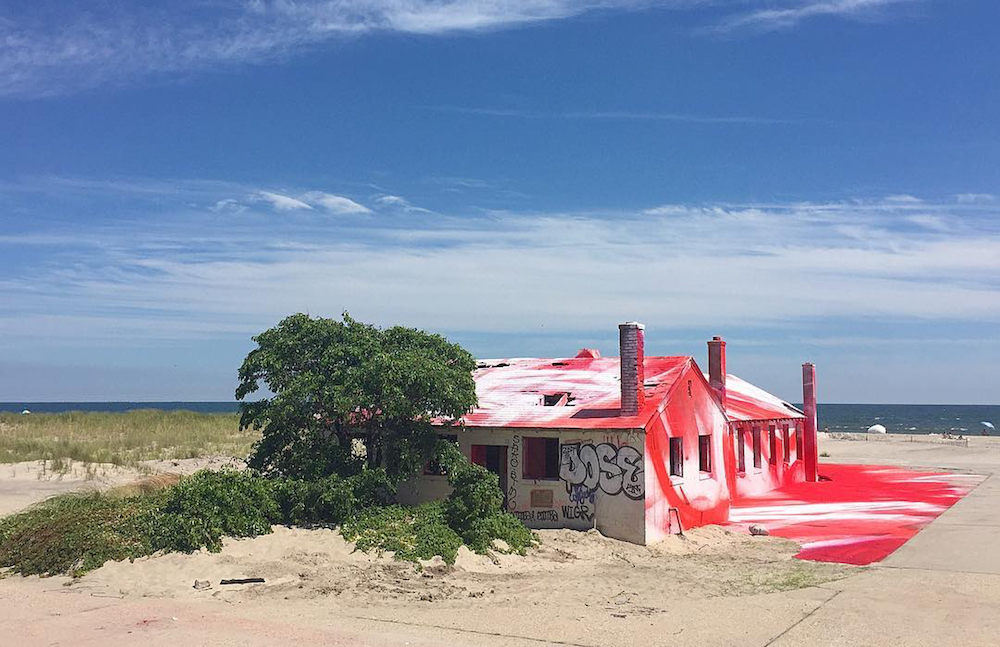 Berlin-based artist Katharina Grosse has given a pink paint job to a demolition-bound aquatics centre in New York’s Queens.

The building is part of Fort Tilden, a former military base on the Rockaway Peninsula ravaged by Hurricane Sandy four years ago. Grosse’s colourful intervention, commissioned by MoMA PS1 as part of the Rockaway! summer programme, echoes a similar work she carried out in New Orleans after Hurricane Katrina.

‘Here’s a very beautiful found object,’ MoMA PS1 director Klaus Biesenbach told the New York Times. ‘It has history as being a military fortress, as being ecologically changed because of the hurricane. Now it’s being restored to its natural habitat.’

Following the temporary installation, the beachside aquatics centre will be razed as part of the ongoing Hurricane Sandy recovery initiative. It will be replaced with wind-stopping dunes and greenery.

The exhibit opens to the public today and runs until Thanksgiving.

Read next: Head to Brooklyn Bridge Park for a bit of understanding from artist Martin Creed 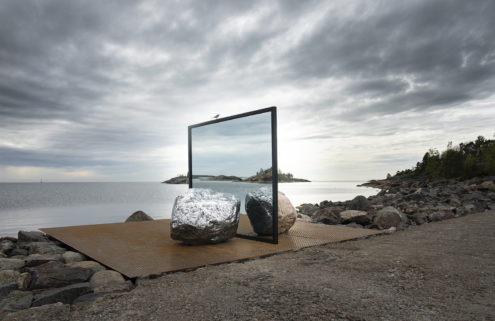