‘Inside Abbey Road‘ lets you roam the Grade II-listed building as if you were there, play with equipment via interactive gadgets and watch clips of everything from Elgar and the London Symphony Orchestra opening the studios in 1931, to Jay Z discussing his Magna Carta album.

Throughout the former Georgian townhouse, there are more than 150 different 360-degree panoramic images for exploring the building in minute detail. Using navigation similar to Google Street View and Google Cultural Institute, you can wander from studio to studio, ‘standing’ in the space where The Beatles recorded their albums.

Tom Seymour, project lead from Google’s Creative Lab, says: ‘With Inside Abbey Road, we wanted to open the doors to the iconic music studio for anyone in the world to step inside and experience the stories, sounds, people and equipment that make Abbey Road Studios what it is today.’

The studios haven’t always had it so good, however. In 2010 it was reported that EMI was putting the building up for sale, due to mounting debt, and developers were circling to turn it into flats. Soon after, EMI released a statement that it would be keeping the studios under their current ownership, and a national heritage listing secured their future.

Now they can be explored by people across the world. 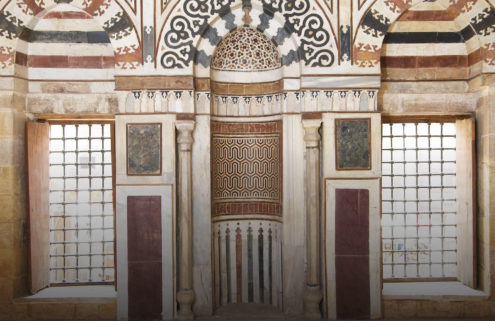