Artist Katharina Grosse has given the interiors of Sydney’s Carriageworks gallery a kaleidoscopic paint job for her new site-specific installation.

The artwork – titled The Horse Trotted Another Couple of Metres, Then It Stopped – plays with the industrial volumes of the heritage-listed arts centre. Berlin-based Grosse has hung 8,250 sq m of knotted and draped fabrics from the trusses and walls of the colossal building, which is part of the Victorian-era Eveleigh Rail Complex Yards and was once a train carriage workshop.

Says the artist: ‘I needed to create my own surface and I decided to do something that’s very soft and plays against the aesthetics of the concrete and the stone and iron.’

The artist has transformed the drapes – and in turn, the gallery’s interiors – by applying layers of contrasting colours with a spray gun. It continues her interest in manipulating architecture, such as a derelict aquatics centre in New York’s Queens and the white confines of the South London gallery during Frieze.

’I was fascinated by the thought of folding space,’ says Grosse. ‘I was interested in taking this vast surface and shrinking it by folding or, actually, hiding the entirety of what’s there.’

What of the artwork’s title? ‘It doesn’t mean anything, but it conveys an atmosphere,’ she explains. ‘The moment we stop our ritualised, rhythmic movements, it opens up your vision to something you hadn’t seen before.’

The Horse Trotted Another Couple of Metres, Then It Stopped is the third annual Schwartz Carriageworks international commission. It forms part of the Sydney Festival 2018, and opens on 6 January, running until 8 April 2018. 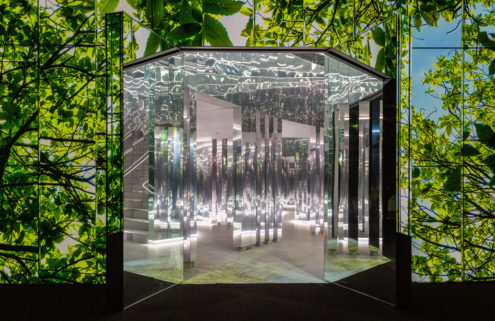 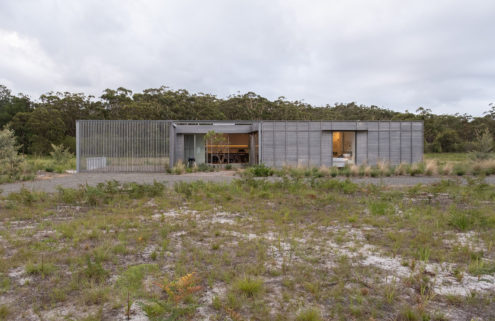