London’s Sketch restaurant has been transformed into a blooming oasis for its annual floricultural show, which sees its dining rooms and bars reimagined as gardens.

Rebel Rebel has recreated scenes from Old Masters’s paintings on the building’s facade – albeit with a floral twist. Inside, the Champagne Salon has been turned into an enchanted glade by Thierry Boutemy, complete with grassy carpet and a brightly-coloured weeping tree as the centrepiece.

Even the London restaurant’s much-instagramed toilet pods have been given a bucolic twist courtesy of Carly Rogers and Insley & Nash, who’ve installed drooping fabrics across its stained glass roof and planted a verdant island of flowers in the space.

The floriculture show runs at Sketch until 27 May, ahead of the Chelsea Flower Show next week.

Read next: 9 of the best rooftop bars in London this summer 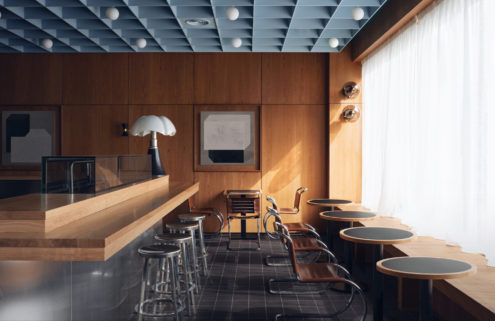 Sachi showcases Japanese tradition – with a hint of Nordic flavour 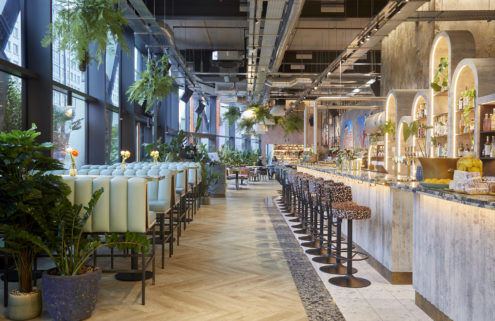