Canadian studio Architecture Open Form has cleaned up a rundown 1890 Montreal residence that was home to stable boys at the turn of the century.

The two-storey building – located in the Plateau-Mont-Royal borough, an area popular with the city’s young creatives – was fast deteriorating when its owners bought the property.

Architecture Open Form was brought on board to revamp the 835 sq ft house but the studio faced rigid planning guidelines concerning the historic wooden exterior.

‘The borough’s bylaws called for the preservation and reconstruction of the facade’s original architectural components and the clients wanted a resolutely contemporary project,’ says the firm.

To deal with the contradictory demands, Architecture Open Form restored the wooden facade but painted it black for a more contemporary touch. At night, lamps on the exterior spotlight some of the smaller details, including cornices and mouldings.

Inside, the studio reconfigured the ground floor to create an open-plan living and kitchen space. It also knocked through the back wall to forge a connection between the interiors and the garden, which the owners wanted to use in the warmer months.

‘The distinction between inside and outside is subtle since the space was considered a whole,’ adds Open Form. ‘The absence of physical boundaries between the functions not only increases the living space, but also responds to the dynamic lifestyle of its occupants.’ 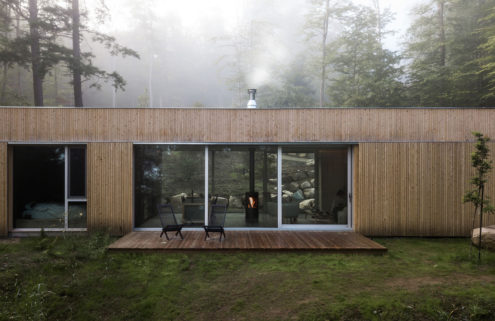 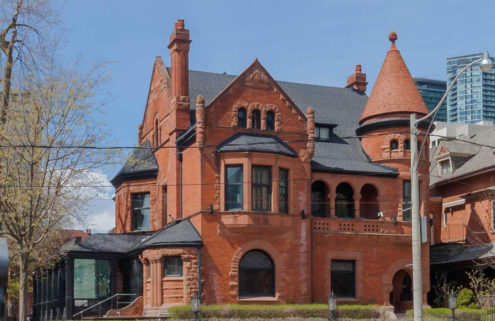