The sculpture is a full-scale replica of the Edison-Ford Winter Estate pool, built for inventor Thomas Edison in 1910, and one of the earliest concrete pools in the state.

‘Edison’s Fort Myers pool is reimagined as an ancient ruin and references both the Roman Republic-era idea of life casts as ancestral masks and the water basins (known as impluviums) in the atriums of houses like those found in Pompeii,’ says Edmier.

The artist has hung 48 plaster masks along the pool’s tomb-like cement walls to create a who’s who timeline of his life. Alongside ‘self-portraits’ – cast when he as a teenager, in his 20s, and as a middle-aged man – are masks of his friends, including David Bowie, Farrah Fawcett, Michael J Fox, as well as his parents. There’s even Edison’s own death mask. 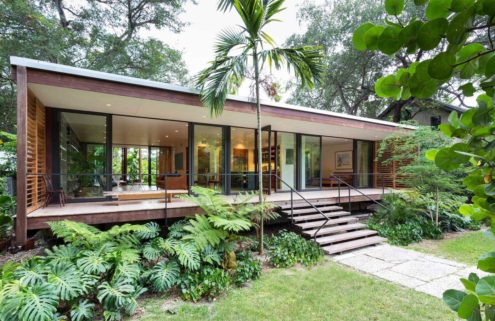 Tropical Modernist home by the Miami River lists for $1.9m 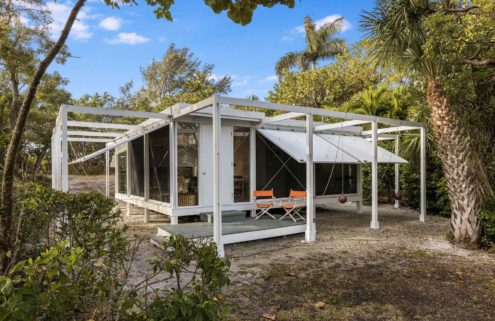 Paul Rudolph’s Walker Guest House is for sale in Florida 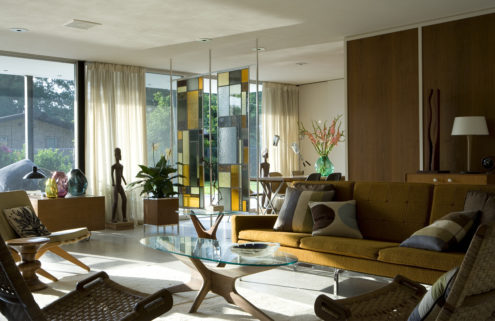 Holiday home of the week: an author’s midcentury retreat in Florida 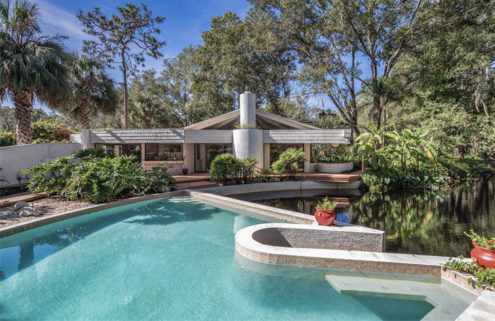