How we collect: Darryl de Prez and Victoria Thomas

Darryl de Prez and Victoria Thomas met while studying history of art at the Courtauld Institute in 1989, where their friendship and passion for collecting was born. They have lived together almost ever since, pooling their funds to acquire artworks.

Almost three decades later, the Victorian house they share in south east London is home to an extraordinary collection of contemporary art – mostly by living British artists. Nearly the whole ground floor has been turned into a private gallery.

‘We’re interested in the artists themselves, their thought process and their entire practice rather than just one work by them,’ says de Prez, Whitechapel Gallery’s head of development. ‘We often buy multiple pieces by one person, such as Adham Faramawy, Andy Holden and Hannah Perry.’

Adds Victoria, who works at the National Institute for Health and Care Excellence: ‘It feels like a real privilege to be able to live with art, as well as go to see it in galleries.’

Here they explain how their collection grew – and offer tips to would-be collectors.

What was the first piece you bought?
Darryl de Prez: ‘White Tablecloth’ by Matthew Draper when I was working at the Royal Academy in 2007. That was our first experience of meeting the artists and collecting their work.

Victoria Thomas: It’s really important to us to get to know them and watch how they progress. Generally all the artists whose work we collect are British or UK-based, except for art collective Apparatus 22, who we met in Brussels.

What’s the linking strand between the pieces you collect?
DdP: There’s no constraint in terms of medium. Everything we collect has a strong concept or thought process behind it. We’re interested in artists who’ve got a point of view and who look outside themselves to the wider socio-political sphere.

VT: I love looking at mark-making and technique but there has to be more beneath the surface.

DdP: Like Andy Holden’s ‘Colouring Book Painting (Sad Lion)’, which looks like an image from a children’s colouring book that’s been badly filled in. But behind it there’s this fascinating theory he calls ‘Maximum Irony! Maximum Sincerity’, which is a move away from postmodern ironic positioning and a return to a childhood sense of wonder and sincerity.

How does collecting together work in practice?
DdP: It used to be very ad hoc. But then I proposed we become more organised about it and pool our resources. So we each put a fixed amount of money into an account every month. I suggested we have a list of artists we’re interested in and hold meetings, like the Tate acquisitions team, but of course that never happened…

VT: I have enough meetings at work…

When collecting with a friend, there’s a danger that your lives might separate – even more so than for a couple. What would your advice be to those collecting with friends?
VT: It’s much like buying a house together. There are ways you can split liability, costs and gains as well. Some collecting networks already exist, like The Collective, where groups of people contribute an amount each month, act as a committee, then rotate the collection around each other’s homes.

DdP: You should have a written agreement of some kind but we’ve never had one ourselves.

Do you have a very unified idea of what you like?
VT: We rarely disagree. When we buy things, it’s usually because we both spot something and know we have to have it. Like the Julie Born Schwartz video piece, ‘Love Has No Reason’. We went into a darkened room at the Royal Academy degree show, watched it, didn’t say anything to each other, watched it again, then both came out saying we had to buy it.

Where do you find most of the works you collect?
DdP: We go to a lot of degree and postgraduate shows. That’s often the starting point but we tend to follow the artists afterwards. Sometimes we buy directly from the artists, but there are some galleries we really connect with, such as Arcadia Missa and Rowing gallery in London and Works|Projects in Somerset.

When you buy a work, do you envisage how it will fit within the architecture of your home?
VT: I think it’s a secondary consideration – although sometimes we misjudge the size of things. To us, it’s more important to think about how it will cohere with the rest of the collection.

What tips would you give someone starting out as a collector?
DdP: Don’t rush into buying anything. Look around, go to exhibitions and degree shows, and talk to the artists and gallerists to get a sense of what you like.

Don’t reject things that you find challenging or weird… try to find out why. It might be that they’re no good, but you may often be surprised.

Never be afraid to ask the price. People always assume that works at art fairs like Frieze will be millions of pounds but often there are affordable pieces – or the gallerist might have another work by the same artist that’s more realistically priced.

You can pay in instalments if you’re lucky – as we often do.

More and more people are opening up their homes for exhibitions. Is this something you might consider and do you think there is a growing movement for showing art in domestic realms?
VT: Perhaps we will do it at some point because our collection is something to be shared.

DdP: Hans Ulrich Obrist held his first exhibition in his kitchen as a teenager with works by people like Fischli & Weiss. He was a pioneer of using domestic spaces to exhibit art. It’s certainly a more affordable way of exhibiting and we’re definitely spotting more people doing this. Because contemporary art is so new and about our relations with the world, I think it needs to be lived with and interacted with, rather than roped off in a museum.

Read next: 6 private art collections to visit in Berlin homes

Tags: How I CollectHow we collect 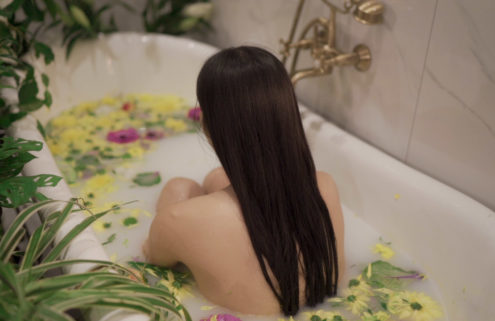 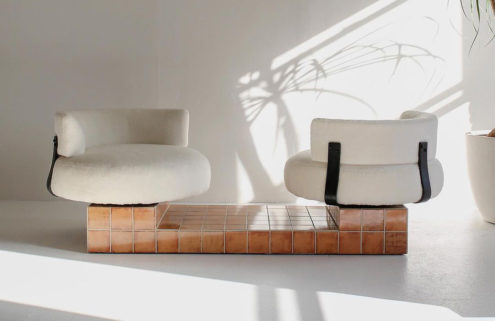