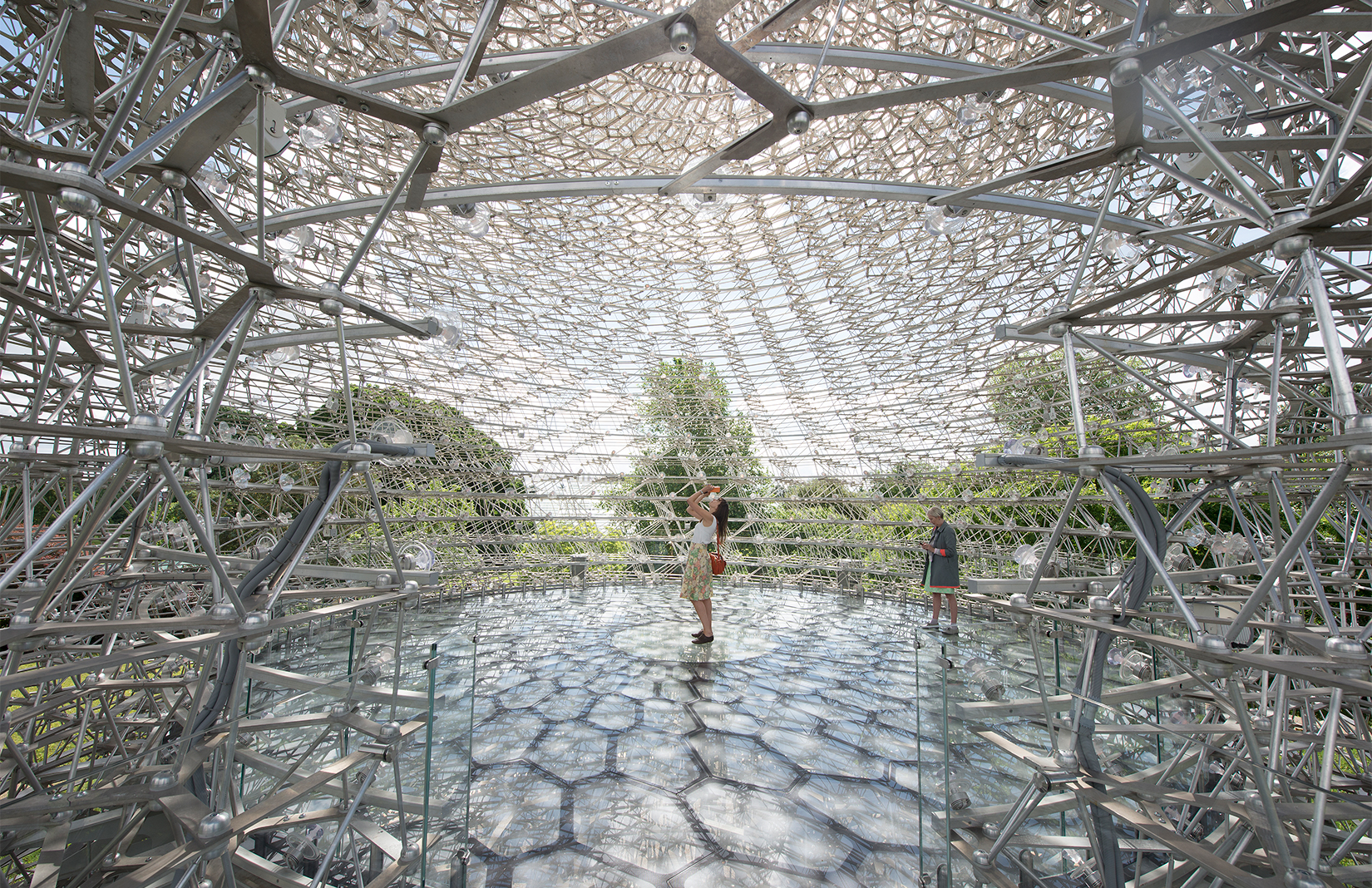 Artist Wolfgang Buttress’ honeybee-inspired hive from last year’s Milan Expo has made its way to Kew Gardens in west London.

The 17-metre aluminium structure features 1,000 LEDs that glow and fade to mimic the activity of 40,000 bees in a hive. Its opening this past weekend marked the first time a UK pavilion from the World Expo has been reused and brought back to Britain.

Buttress described Kew Gardens, which is also a botanic research centre, as the ‘perfect environment’ for his installation. ‘It’s fantastic to watch The Hive coming back to life at Kew,’ he added.

Richard Deverell, director of the Royal Botanic Gardens at Kew, said: ‘The Hive creates a power, immersive space for us to explore the urgent issues we face in relation to pollinators, their intimate relationships with plans and their vital role in helping us feed a rapidly growing population.’

Accompanying the structure is a new soundtrack, made by musicians Kev Bales and Tony Foster in collaboration with members of English band Spiritualized.

The Hive will remain at Kew Gardens until November 2017.

Read next: World Expo legacy – what have these architectural pageants left behind? 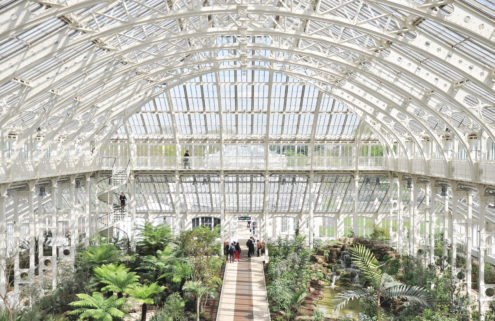 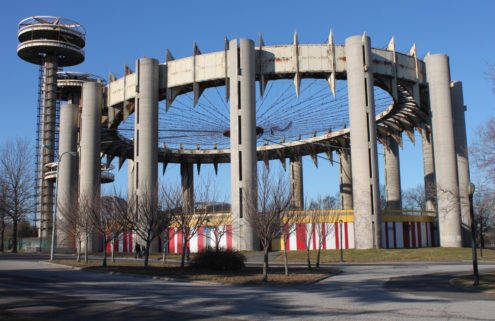