Abraham Cruzvillegas turns the Tate’s Turbine Hall into an allotment

What will sprout from its soil?

We all see Tate Modern’s Turbine Hall through a personal lens: as a meeting place, a crèche, a 155m x 35m blank canvas. The Mexican sculptor Abraham Cruzvillegas sees it as an empty lot.

His site-specific work – the first in a new series sponsored by Hyundai – is the beginning of something, like the work in progress invading the brownfield site down the road from your house. From the Holland Street entrance, it emerges as a dark tangle of scaffolding weighted overhead by impenetrable wooden boards.

What the scaffolding is hoisting up, you don’t see until you climb to the first floor. There, at eye level, are two vast triangular platforms pointing east and west. They support a grid of 240 triangular scrapwood flowerbeds that, for now, contain nothing but dirt, heated by dozens of grow-lights. They’re not much to look at, and visitors, striding past indifferently, probably wouldn’t disagree.

If they return, however, they’ll find an altogether different scene.

The seeds that have found their way naturally into the soil – 23 tonnes of it, dug up from 30 sites across London – will soon begin to sprout. In a hall that has drama seeping in through every towering window, it might not seem like much. Still, says Cruzvillegas, ‘the real drama you can’t see. But it’s happening. It is about patience and waiting and hope…

‘Hope is the most important material.’

Empty Lot is a natural extension of the artist’s oeuvre. The father of Autoconstrucción, or Self-construction, Cruzvillegas uses found objects as both the fabric and subject of his sculpture. He is one of Mexico’s most important living artists.

Yet, commissioning curator Mark Godfrey tells us, the triangular motif here borrows as much from Mexican peasant traditions as from artistic movements like Russian Constructivism. The floating gardens, or chinampas, that predated Mexico City followed a similar grid pattern. As did the stalls at the marketplace where Cruzvillegas’ mother laboured.

Rooted in with the hopefulness of Empty Lot are equality and classlessness. ‘The flower that grows,’ says Godfrey, ‘is no more important than the mushroom or the weed.’ There’s no distinguishing between soil scooped up from Buckingham Palace and earth transplanted from a council estate in Bermondsey.

The success of Empty Lot will, nevertheless, depend on the fruits of Cruzvillegas’ labours. What if, over its six months in situ, the earth sprouts not blossoms but hopeless weeds? Nobody can predict. Nor can they predict the reaction of the people. Last week, someone tossed an apple core into one of the planters from the bridge across the hall.

Too much hope, perhaps.

The artist takes it on the chin. Empty Lot is Autoconstrucción with the emphasis on the ‘auto’. ‘This is a self-portrait,’ he says. ‘It refers to my situation, my society. I am an empty lot, something that can happen in the worst conditions.’ 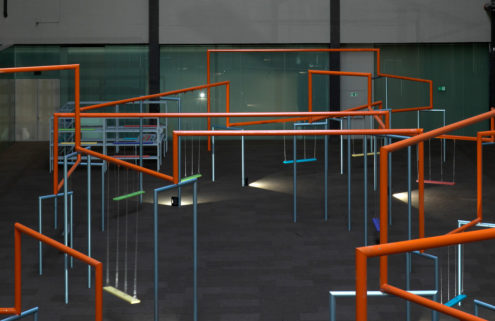 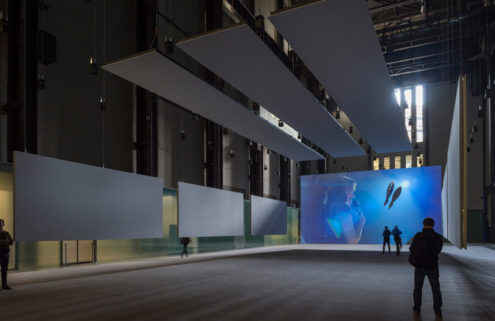