Welcome to our weekly property digest, where we bring together the best homes for rent and sale across the world. This week we’ve discovered a 16th-century manse in Lombardy and a coastal retreat in the UK’s Kent.

3 bedrooms; from £250 per night via Dom Stay & Live
Lombardy’s Villa Berla has had a top-to-toe renovation by interior architect Marta Nowicka and architect Enrico Caminoli. From its freshly restored frescoes to its grand stone fireplaces, the Italian holiday villa offers the chance to step into another era of interiors. Take a look around the historic manse.

2 bedrooms; $390,000 via Engel & Völkers Carrasco Montevideo
This hilltop home in southern Uruguay was designed around sweeping views of the Sierra de las Ánimas mountain range by architect Federico Astigarraga. The modern ranch home was built in 2016 from concrete and steel and its low-slung form riffs on local architecture, with floor-to-ceiling glass walls putting a contemporary twist on tradition. See inside.

$2.75m via Coldwell Banker
One of San Francisco’s brightly coloured ‘Painted Lady’ homes is available to buy and is need of an overhaul. The famous ‘postcard row’ houses have appeared in dozens of movies and TV programmes. The property’s salmon and yellow decorative exterior is in good condition, but the peeling wallpaper and scratched floors inside tell a different story. See more.

2 bedrooms; from $690 per night via Booking.com
Lighthus cabin in California’s South Lake Tahoe is all about the angles. The light-filled holiday home was built by Peripherie Design Studio and is a stone’s throw from meadows and the waterfront. At night, the cabin glows like a lantern thanks to its glass facade and numerous windows which peek into the surrounding trees. Get a closer look.

4 bedrooms; £1.25m via The Modern House
This unique clifftop retreat in Kent’s Broadstairs was designed by architect Carl Trenfield. Flint House is named for the shards found along the beach and cliffs of the Kent coast, and they also inspire its black brick and timber clad exterior, which is inset with chequerboard patterning. It sits on the former groundkeeper’s cottage with views to the North Foreland lighthouse, and has access to a private beach. See more. 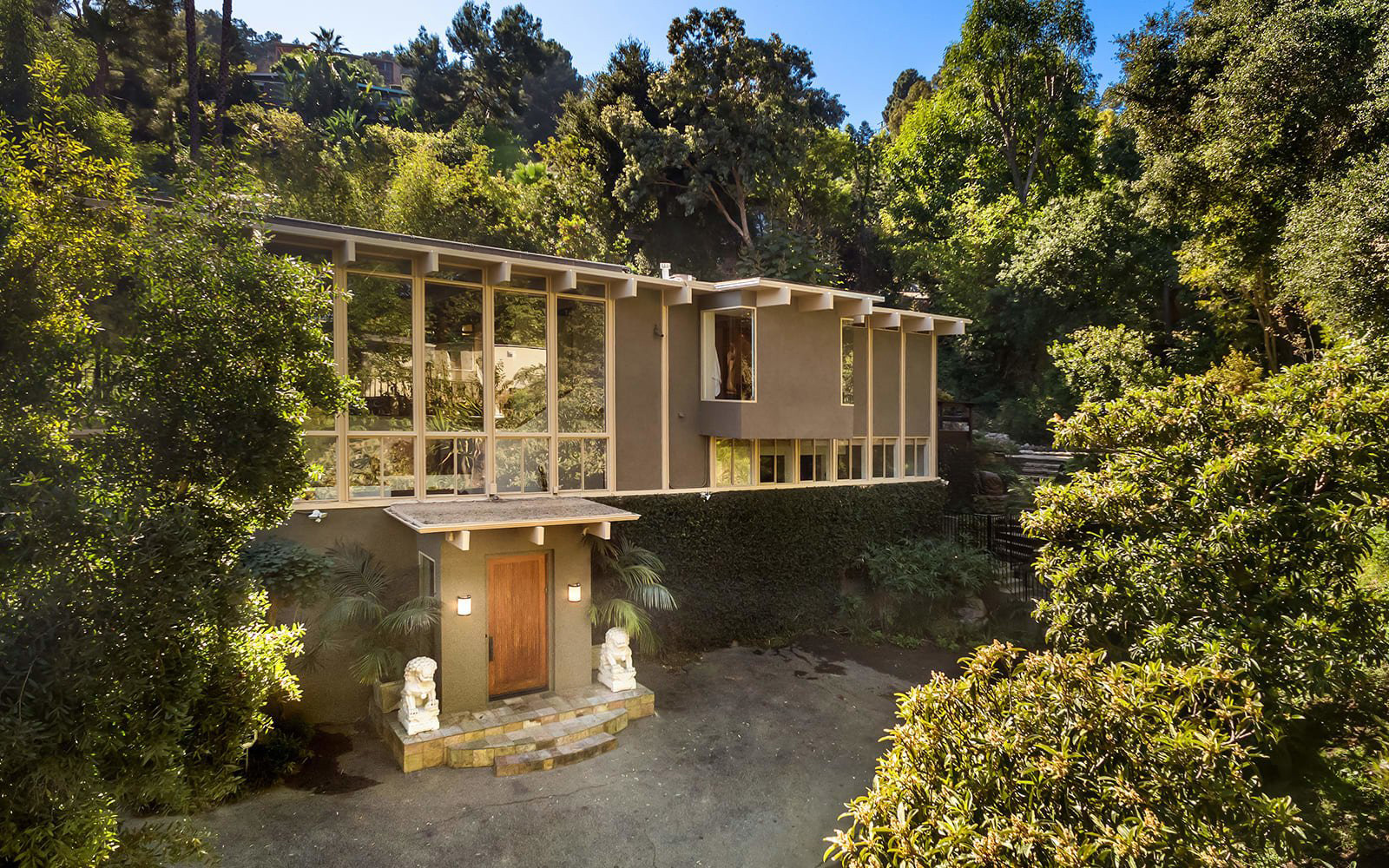 3 bedrooms; $4.349m via Alphonso|Bjorn
Local architect Vernon Duckett designed this home in Los Angeles’ Hollywood Hills which has 27-ft-high windows to capture the views. The midcentury stunner was completed in 1964 and is secluded by trees on a steep hillside plot. Living spaces unfurl across 4,000 sq ft, with several lounges spread across the California property, and a lagoon-shaped swimming pool at the rear of the building. Get a closer look.

This €2.39m Paris duplex is an instant win for book-lovers