Architecture I by Suze Olbrich

Best known by his stage name, Hauschka, musician Volker Bertelmann creates neo-classical compositions that crackle with the essence of techno and jazz.

A crisp, white concrete edifice, Artegio – designed by architects, Toshiaki Tanaka & Associates – contrasts with its traditional, residential surrounds. The museum’s soaring exhibition halls hold artefacts and art inspired by music, which makes it an idyllic place to create exceptional music… except Hauschka very rarely records outside of his home studio.

We spoke to him about why he broke his rule to record 2.11.14 inside Artegio, and how this unusual space left an indelible mark on the record.

It seems that 2.11.14 came into being because of a happy accident?
Yes, my sound engineer discovered during set up that he could capture the stereo output on his mixing board and so he did, just to preserve the moment for us. When we listened back to it, we were surprised by the acoustics: somehow the piano and its positioning, as well as the speakers’, worked together so that there was no interference.

How did the room create this audio environment?
What actually produced this acoustic was that the concert hall was long and rectangular with a high ceiling of four or five meters.

Was your playing influenced by the journey through Japan, from Tokyo to Yufuin?
The place you are in and what you experience before a show makes a huge difference to your performance. I think those circumstances of travel, such as ours on a slow train through the mountains and forests of Kyushu, help you put yourself in perspective within the world.

Did the landscape feel at all similar to that of North Rhine-Westphalia where you grew up?
Absolutely, in its scale and calmness. When I was a kid, there was an 800m high mountain behind my house which had views across 300km, and standing on it, I felt so small. When you come home after an experience like that, you feel, ‘Everything I’m doing is okay, but it’s not worth as much as I think it is.’ And I think that mentality arises in places like Yufuin too. They inspire an archaic feeling of being – that you exist because you eat, you work and you sleep – that’s it.

What were your initial impressions of Yufuin?
I could feel the spirit of these traditional old, bath tubs in the houses when we arrived. Then we drove up a hill and there was this modern, beautiful museum – a square, concrete building, but not a big or fancy one. This contrast was interesting. Inside it, there’s a tea room which looks out onto a garden. It was arranged precisely for that view. It was all very calming.

Did you know as soon as you began playing that this performance would be special?
Yes, and I was surprised by myself. I thought, ‘This is when you can really hear yourself properly, everything is good, and you can create things without any doubt.’

Have there been any other spaces around the world where you’ve felt similarly?
There is: a masonic temple in LA, an awesome place at the Hollywood Forever Cemetery, where I played a concert and was blown away by the room, the sound and also the audience – all of the circumstances were great.

My show at the Koseiji Temple in Kanazawa, Japan, was also like this. On the day of the performance, they started preparing the garden at 10am and in the evening you could feel the people arriving respected it all. And when I went to the piano, I felt all of this preparation. I think the surroundings are very important. It’s not only about making music – I see a concert as something that I give to society and society gives me something back too. 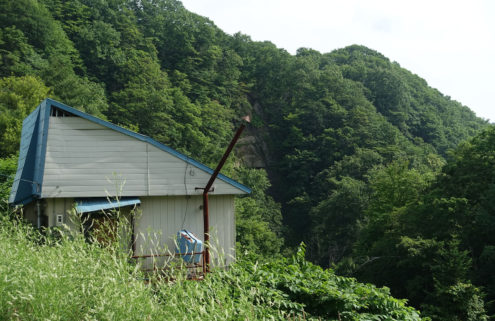 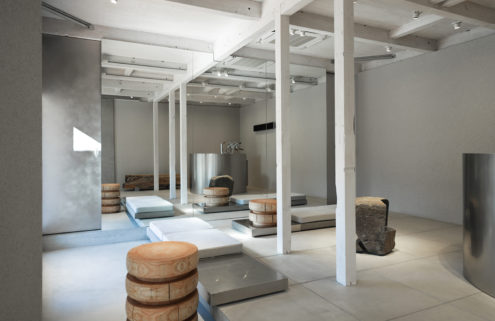