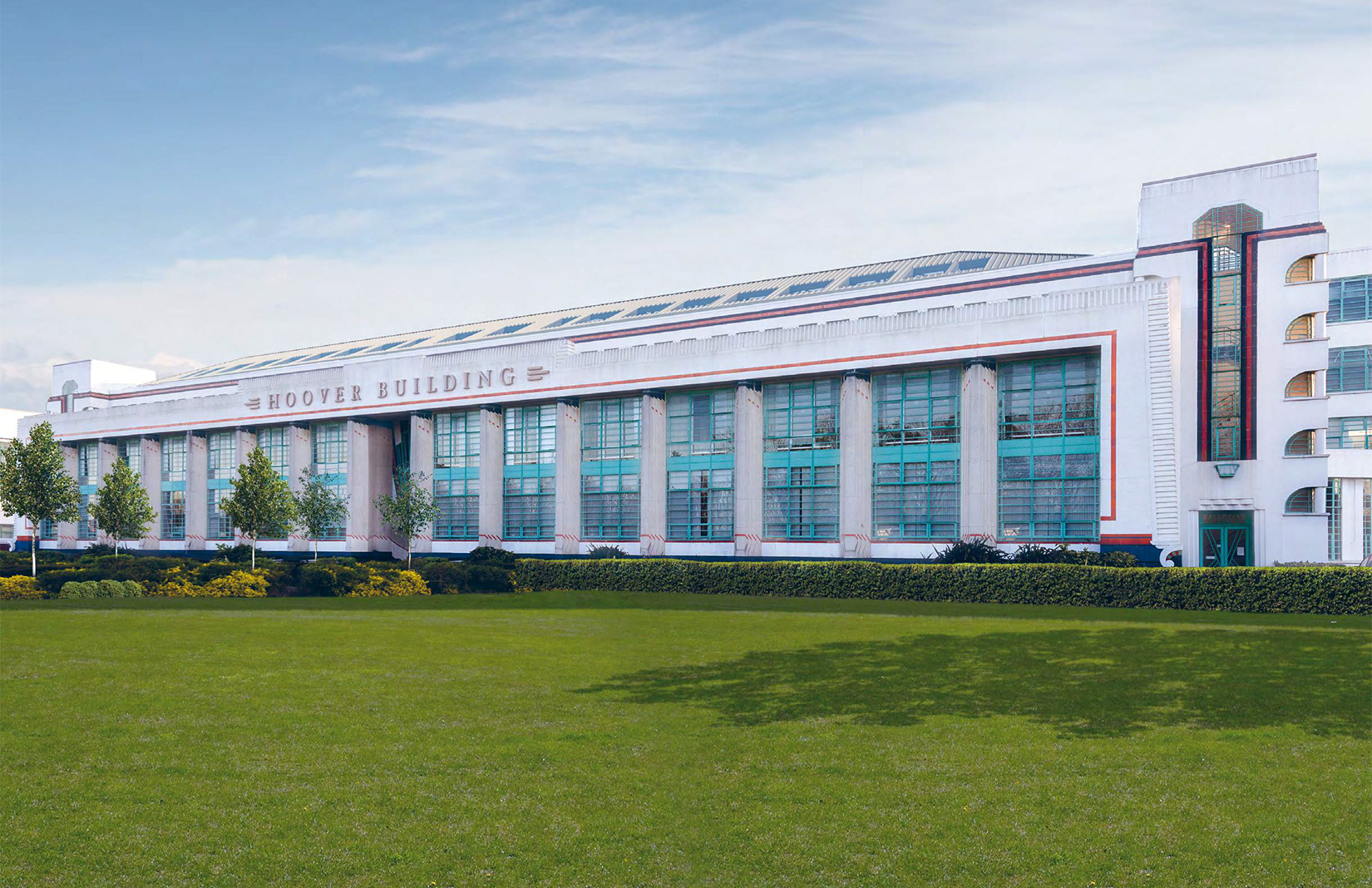 London’s Hoover Building is among the city’s most iconic Art Deco landmarks – and soon you could live in it.

Apartments go on sale this month inside the Grade II*-listed landmark in Perivale, which is currently being transformed by Brooks Murray Architects, EllisMiller Architects and structural engineers Webb Yates.

The building – likened to ‘an Art Deco Wentworth Woodhouse’ by Sir John Betjeman – was designed by Wallis, Gilbert and Partners in 1931 for the Hoover company, who occupied it until the 1980s. In 1989, it was bought by Tesco and turned into a supermarket and offices for the company.

IDM Properties purchased it for an undisclosed sum in 2015 – though a Tesco supermarket will still remain on site – and are masterminding its adaptive reuse into 66 dwellings, ranging from studio apartments to three-bedroom homes.

Early images of the show apartments (opening for viewings this weekend) reveal how Art Deco details have been meshed with contemporary finishes. Along with wooden floors and white walls, the open-plan apartments feature doors with geometric ironmongery – a motif borrowed and abstracted from the building’s façade and doorways – as well as chrome and brass accents in the form of furniture and light switches.

Bedrooms are fitted with frosted glass sliding wardrobes, with a grid design that evokes opaque Crittall windows. According to the brochure, ‘original Art Deco features [have been] retained internally wherever possible.’

Elsewhere, two original Hoover passenger lifts are still in use, while period ironmongery and refurbished 1930s lighting has been retained in communal areas.

Read next: Clifftop WWII naval base hits the market in Scotland