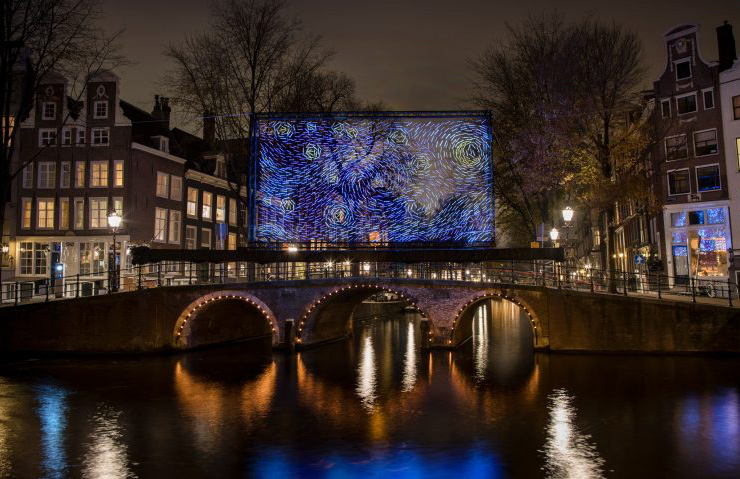 Around 1,400 acrylic rods, lit by small LEDs, have been installed to recreate a section of the Dutch painter’s famous work, which glows above the waterway. The transparent rods are set in swirling formations to emulate brushstrokes while the surrounding architecture becomes part of the composition, replacing the village and trees in Van Gogh’s original.

The installation is a comment on the issue of light pollution in cities – especially in Amsterdam where the sky is ‘permanently polluted by an orange glow.’

The ‘Starry Night’ lighting installation is on view as part of the annual festival until 20 January.

Read next: Origami lava flows out of an abandoned building in Catalonia 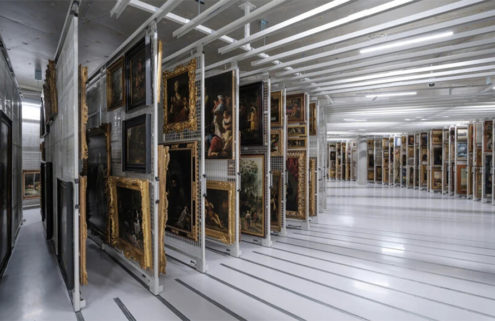