The Burkinabe architect – who grew up in a rural village in the Boulgou province of Burkina Faso – is celebrated for his innovative designs that blend indigenous vernacular with modern engineering. Kéré’s uplifting, socially responsible works draw on tradition and span Africa and beyond.

The Pritzker jury, chaired by Chilean architect Alejandro Aravena, said: ‘In a world where architects are building projects in the most diverse contexts – not without controversies – Kéré contributes to the debate by incorporating local, national, regional and global dimensions in a very personal balance of grassroots experience, academic quality, low tech, high tech, and truly sophisticated multiculturalism.’

Kéré’s first-ever building was a primary school in his home village of Gando in southeast Burkina Faso. He designed the building while still studying at the Technical University of Berlin, and built it with the help of the whole community.

‘This is what I have learned: to believe in order to innovate, and then people become part of it. I just wanted my community to be part of a process,’ Kéré told ArchDaily.

The 56-year-old architect said that although people were familiar with materials such as clay, which is used locally, it took a while to convince them it was the right choice. ‘It was not easy. I had to spend time talking, explaining, but this alone was not enough. We needed to make some samples, mockups…’

2. Innovate with local knowledge and materials

‘Architecture can bring a lot to a local society like mine,’ Kéré told Dream Idea Machine. ‘The more local materials you use, the better you can promote the local economy and (build) local knowledge, which also makes people proud.’

Gando Primary School (which won the Aga Khan Award for Architecture in 2004 and has since been expanded) was constructed using bricks made out of clay improved with cement. Easy to manufacture, the bricks can tolerate intense temperatures – a design solution tailored for the semi-arid local climate.

The school building also has a perforated, curved brick roof, so the hot air can escape. It sits under a raised, overhanging corrugated metal roof that protects it from the sun and heavy rain.

‘I try to use the material in the most efficient way, I try to see what is available on site, to discuss and look together with the client for the best material for the project. Then of course we think about designing in a way that doesn’t consume a lot of energy, for heating and cooling,’ Kéré told critic Shumi Bose.

His Sarbalé Ke installation (which translates from Bissa as ‘House of Celebration’) was created for the 2019 Coachella Music and Arts Festival in the Califonia desert, where temperature can reach over 100 degrees.

The colourful baobab towers – which are now permanently located in East Coachella Valley – are formed of triangular wooden panels arranged in a radial design to allow light and air to pass through them. Their colourful exterior meanwhile reflects the Indio Valley’s striking sunrises and sunsets, as well as the hues of the nearby mountain range.

4. Design with regional sensibilities and traditions

Kéré is connected to both Europe and Africa, with his office located in Berlin and Burkina Faso. He creates modern works that are ‘neither westernised or traditionally African’ but fit into the context of their surroundings. For example, his Startup Lions information and technology campus in Kenya features wind towers inspired by the forms of nearby termite mounds. And the design of his Benin National Assembly building and the 2017 Serpentine Pavilion in London are based on great trees, which in west African tradition are meeting places and places of discussion.

He has said he has been inspired by the rational architecture of Mies van der Rohe (‘So efficient, so simple, very clear to understand’) and Louis Khan’s 1974-built Indian Institute of Management Ahmedabad, which used local brick (‘An eye opener for me’).

Kéré has designed numerous schools, community housing projects, a library, a health centre, as well as national assemblies and institutes, which aim to raise living standards and instil a sense of pride through good design.

Read next: Biomimicry: explore buildings that are shaped like trees 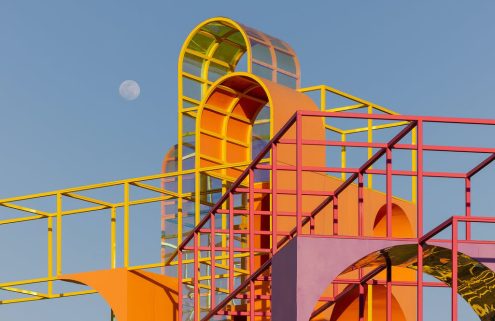 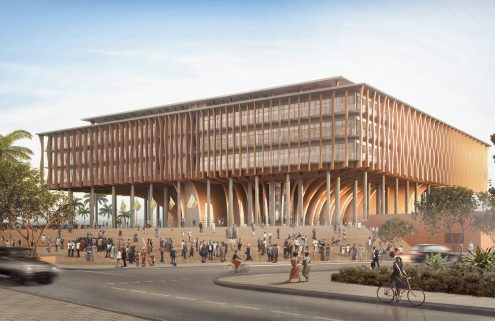