Converted Melbourne warehouse with a hidden courtyard is heading for auction

A Provan-Ludlow designed warehouse conversion is set to go under the hammer this month in Melbourne – and it comes with a secluded courtyard sanctuary.

The two-bedroom bolthole sits within the former Brookes Warehouse in the city’s Fitzroy neighbourhood, and has been designed around its private walled garden at the rear.

Large steel windows span the length of the Melbourne property, listed via Bev and Hamish Adam of JellisCraig with a guide price of between $1.8m and $1.98m AUD. They frame views of the leafy oasis outdoors.

Its raw shell has been given a crisp update by Provan-Ludlow: industrial concrete floors, painted black-steel beams and distressed bricks are offset by white walls and glass brick inserts that help with light flow across the open-plan ground floor.

A steel and wood staircase leads up the first-floor mezzanine seating area, which peeks out onto the garden. It branches off to the bedrooms – the master comes with a large balcony overlooking the private courtyard below – and a library with built-in cabinetry.

Number 51 S Little Smith Street is set to go under the hammer at 2pm on 28 April.

Read next: How to do warehouse living in the 21st century 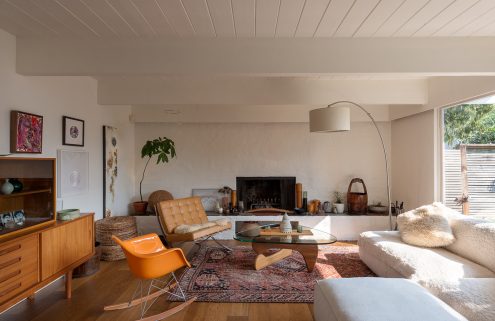 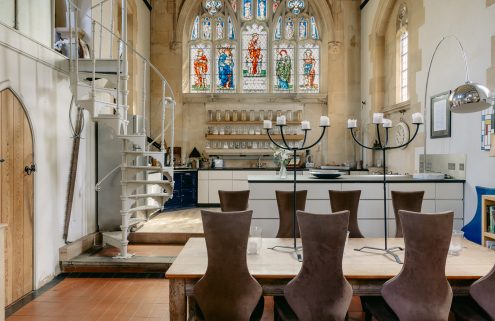 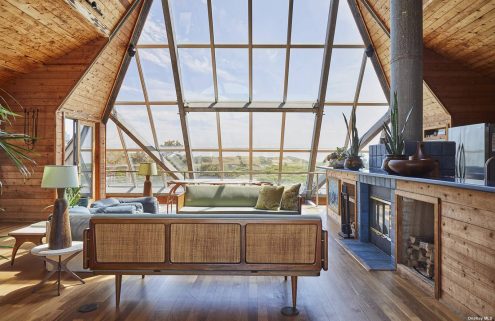 An iconic Fire Island home is for sale