Workers in Paris have successfully completed a top-to-toe swaddling of the 50-metre Arc de Triomphe, decades after it was first imagined by the late artist Christo and his collaborator-wife Jeanne-Claude, who died in 2009.

The artist formerly known as Christo Vladimirov Javacheff, who died in May 2020, left behind detailed drawings to guarantee the successful installation of his first posthumous work, which was officially approved by the city before his death. He appointed his nephew, Vladimir Yavachev, to oversee the ‘wrap’.

The icy-blue fabric – all 25,000 square metres of it – was draped over a scaffold by abseilers and fastened by a series of red cords. The feat took two days.

‘L’Arc de Triomphe, Wrapped‘ will officially open on 18 September and remain for two weeks before being dismantled. A concurrent exhibit at Sotheby’s in Paris titled The Final Christo will auction off the artists’ original plans, photos and architectural plans for the event. 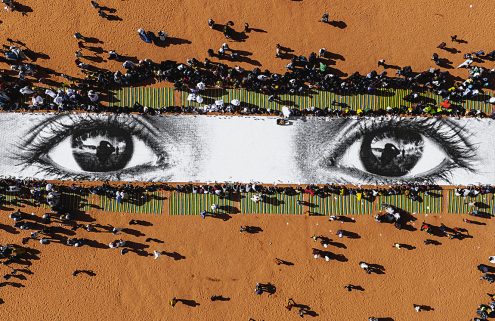 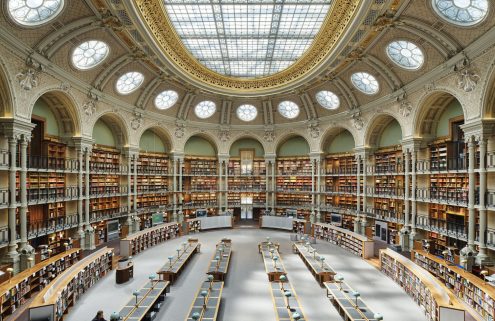