Armchair culture you can enjoy again and again

The end is finally in sight in some parts of the world as lockdown restrictions are slowly being eased. But with international travel still on pause, and many public art spaces closed or limiting their visitor numbers, there’s still ample opportunity for some armchair culture.

Here are three inspiring light and space art installations you can enjoy from the comfort of home.

Savage Beauty from Galway 2020 on Vimeo.

Savage Beauty by Finnish artist Kari Kola was commissioned as part of Galways’s 2020 European Capital of Culture events programme, and is claimed as ‘the largest site-specific artwork ever created’.

In a bid to deter the public from visiting the light installation, which meandered 5 km along Lough Na Fooey’s scenic shoreline, the artist and organisers released this dramatic film showing its 1,000 LEDs pulsing emerald green and vibrant blue at night. The light installation evoked the colours of the aurora borealis and highlighted the undulations of the landscape.

Tasmania’s Museum of Old and New Art shut its doors on 18 March 2020 in response to the unfolding COVID-19 situation, but the Hobart institution immediately started looking for ways to reach a digital audience. It is live-streaming its 9-mile-high Ryoji Ikeda installation Spectra
every Saturday, from sunset through to sunrise, via Youtube.

Spectra is a column of white light that acts as an ethereal landmark in the Tasmanian capital, visible from up to 62 miles away thanks to 49 custom-made lights that power it. The live-stream version captures the scale and impact of the artwork and is accompanied by a ghostly soundtrack.

The Corinthian columns of new Porto Alegre culture hub the Farol Building are illuminated in lightwork Giants by NONOTAK Studio.  The building’s ornamental Baroque-Rococo interiors, designed by Stephan Sobczak, are cast in a starring role by the glowing artwork which is named for its epic scale.

Giants uses monolithic light sculptures and a sci-fi ambient soundtrack to explore the dimensions of the early 20th-century building, which are captured in multiple angles in this film. 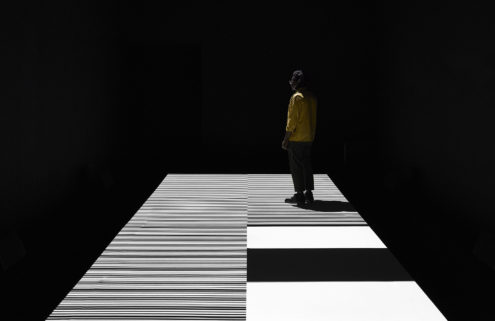 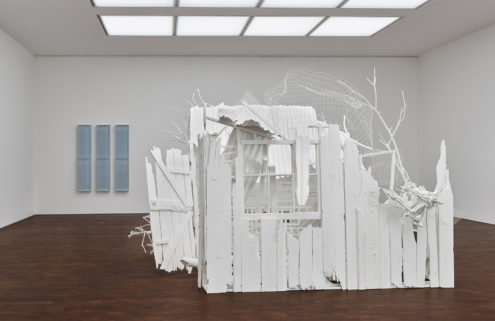