Architecture, Travel I by The Spaces Team

This North Jutland bunker home nestles into the grassy dunes

Jan Henrik Jansen’s Onedown holiday home is a semi-subterranean retreat located in a peaceful spot on the northwest coast of Denmark’s Jutland peninsula.

Only two large windows, which peer out to the North Sea, indicate there’s a holiday home hiding beneath the dune. But that doesn’t mean there’s a shortage of light inside the house, which opens onto a circular interior courtyard and is something of a suntrap.

Jansen has situated the home to lie level with the water, emphasising the rolling forms of the surrounding dunes. And minimalist interiors complement the supremely soothing view, with wood and concrete highlighting the home’s clean lines and gently rolling curves. Dinner is accompanied by sunsets, thanks to the open-plan dining and living space, which makes the most of the panoramic views.

The four-bedroom Danish holiday home sleeps up to eight, and there’s plenty of shorefront for long walks followed by a long steam in the sauna at the end of the day. Onedown is available to rent via Holiday Architecture, with price on request.

Read next: Seven US forest retreats that give good leaf-peeping 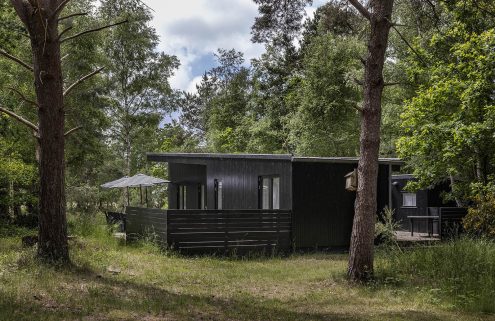 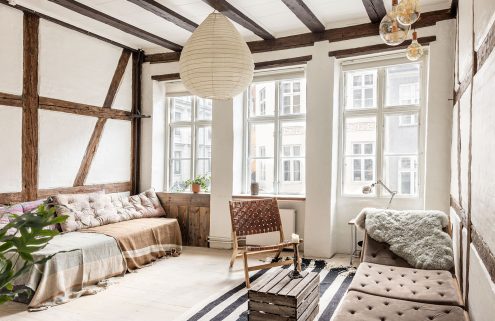 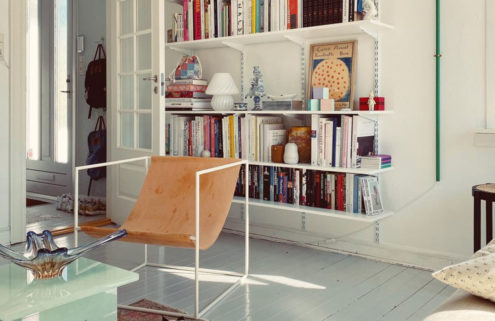