Supreme is opening a Brooklyn store – with its own skateboard bowl

Supreme is opening a Brooklyn outpost helmed by pro-skater Jefferson Pang – and it comes with an in-store skateboard bowl.

The skater brand has taken over a 3,000-sq-ft brick warehouse in Williamsburg, and early photographs on Pang’s Instagram reveal raw interiors that mirror the brand’s LA stores.

‘In 1994 I was blessed to walk into the doors of Supreme on Lafayette on the grand opening day and met the founder and creator of this incredible brand and movement,’ says Pang. ‘20+ years later I’m proud to be at the helm of their newest location in my home borough of Brooklyn!’

Ceiling joists and piping have been left exposed inside the cavernous, skylit space. So have concrete and brick walls, hung with rails and shelves of the brand’s box-logo t-shirts, available in a camo print exclusive to the Brooklyn store.

A wooden skatebowl has been built at the back of the store, while its front wall has been decorated with artworks by Mark Gonzales and skate decks – a familiar sight across the brand’s shops. Concrete benches also dot the space.

According to Highsnobiety, Supreme at 152 Grand Street will officially open on Thursday 5 October. 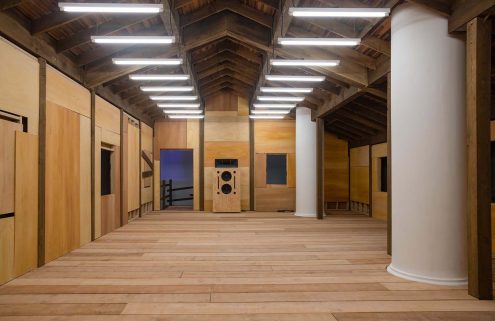 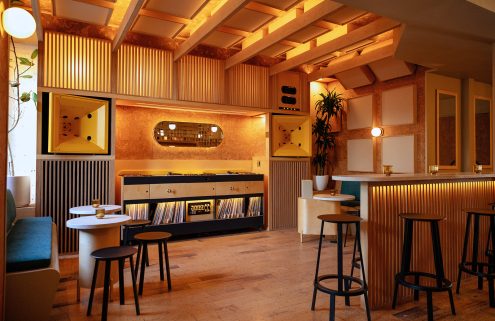 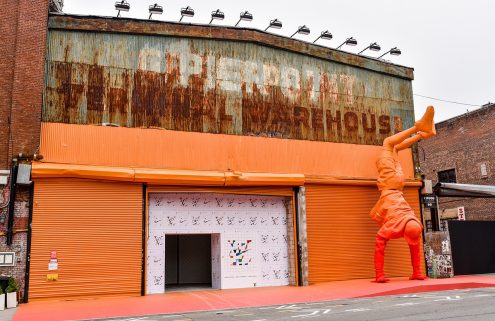