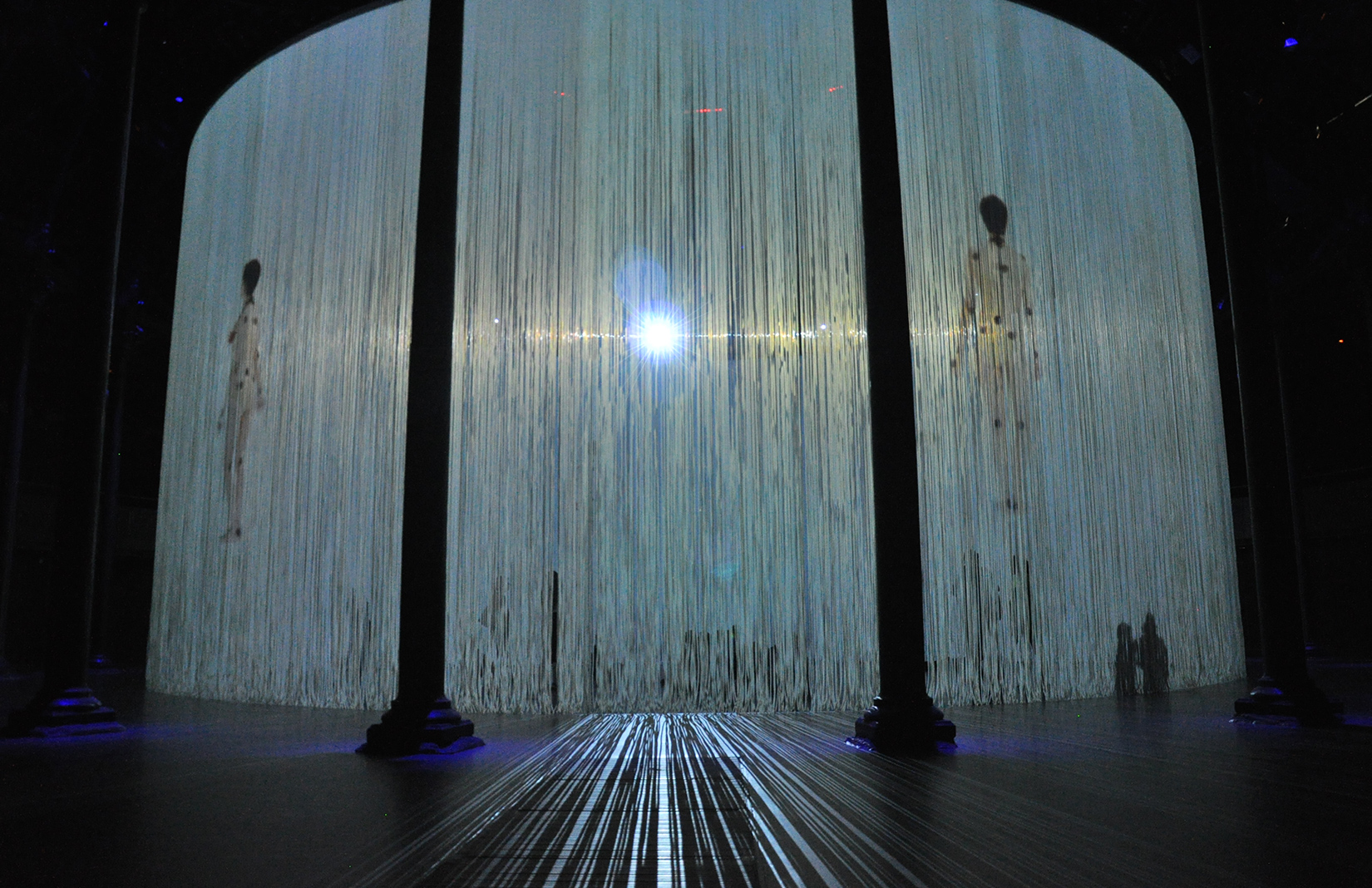 Photography: Rosella Degori for The Spaces

Over 5,600 silicon rods make up the 8 metre floor-to-ceiling curtain, which acts as a canvas for film, live performance and animation. Individual strands have been hung from an 18m-wide ring in the former railway engine shed’s ceiling.

‘At Curtain Call, when you walk in and cross the moving images to get inside the cylinder, you become engulfed by images,’ says Arad. ‘It’s like walking through 15th century watercolours that have been animated by computer.’

Curtain Call – which debuted back in 2011 – has been given a curatorial makeover by Arad for its current outing, with artists Kutiman, Marshmallow Laser Feast and Universal Everything joining the lineup of collaborators showing commissioned pieces. 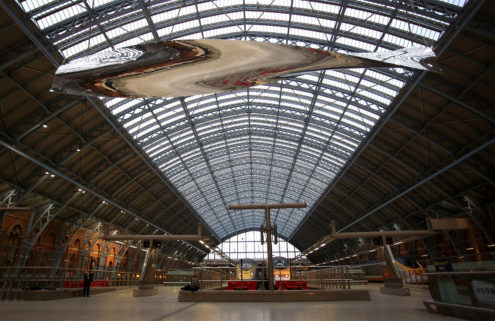 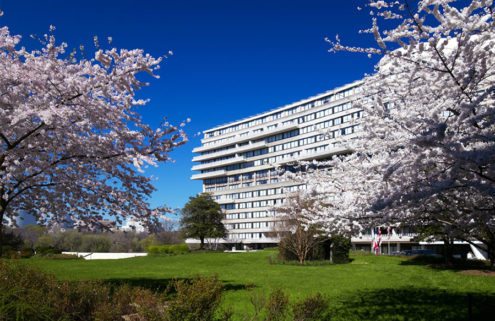