23 February 2021 Devotees of industrial architecture will feast on this former ice cream factory in Sydney’s Camperdown, which heads for auction next month.

The former Dairy Bell factory is a blank canvas earmarked for adaptive reuse as a residential redevelopment or commercial opportunity. It was bought in 2015 by developer Theo Onisforou for $5.75m and stripped back to reveal its raw shell, including 13-metre-high trussed ceilings, beams, warehouse windows.

There’s potential to transform the 1,174 sqm warehouse into an enormous single-family home – or split it into smaller lofts and commercial spaces.

There’s plenty of character in every corner, from art-deco porthole windows on the upper to an old stable at the rear that initially housed the horse-drawn dairy float.

BresicWhitney is auctioning the warehouse at 44-50 Australia Street on 4 March 2021, but would-be-buyers can expect to drop over $10m on the Sydney property. 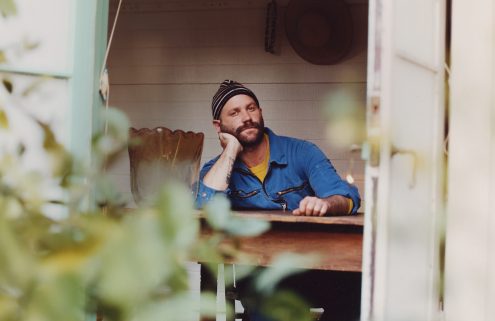