Memories from a recent past

As lockdown comes to an end in the UK and daily life is almost back to normal, the stillness and quietness of empty streets and businesses seem already like a distant memory.

‘I started taking observational shots on my journeys and then became fascinated with the interiors of these restaurants, which remained so familiar but now inaccessible. I shoot a lot of interiors with work, so it became a natural progression from there,’ he says.

Because Suspended Spaces is a work in progress, it evolved alongside lockdown restrictions.

‘At first, it was simply me looking through the windows. There were very few people on the street, so it all felt quite nostalgic and still. I became more conscious of people watching me take photos as more people began commuting to work, and now it’s hard to get the same shots as more places begin to reopen. It’s been great to see them come alive again, but I’ll miss pointing a lens through the window with no one watching’.

It was quite an unexpected adventure for Tomlinson to document this new reality. ‘With restaurants being designed as social spaces, it felt strange seeing them without a purpose. In some ways, it allowed me to focus on the decor, but you could really feel that they were not complete without staff and customers. The fact that so many looked as if people had literally just packed up and left emphasised this for me’.

He adds: ‘There was such a stillness in these spaces that really caught my attention – as if they had been frozen in time. The way the light fell on the upturned chairs and laid tables were also really beautiful without any human distraction.’ 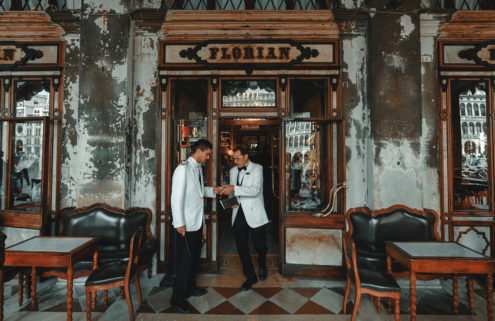 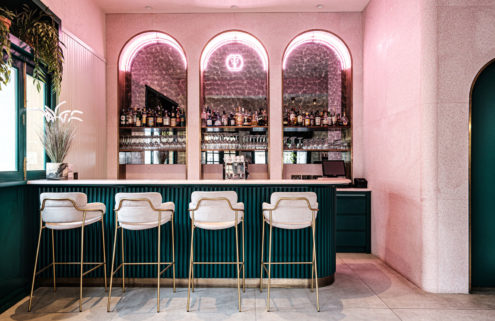