The once-neglected Jesus College Barge has left behind its turbulent past to become the Peggy Jean – which will serve bottomless brunch from a spot atop the Thames.

Moored alongside Oxford’s Christchurch Meadow for 53 years before its move to Richmond in West London, the canal boat has had its fair share of ups and downs, including fire and two separate sinking incidents.

Peggy Jean officially launches on 27 July, though is already taking pre-bookings via the website. 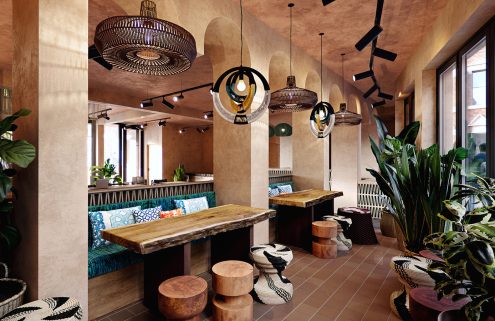