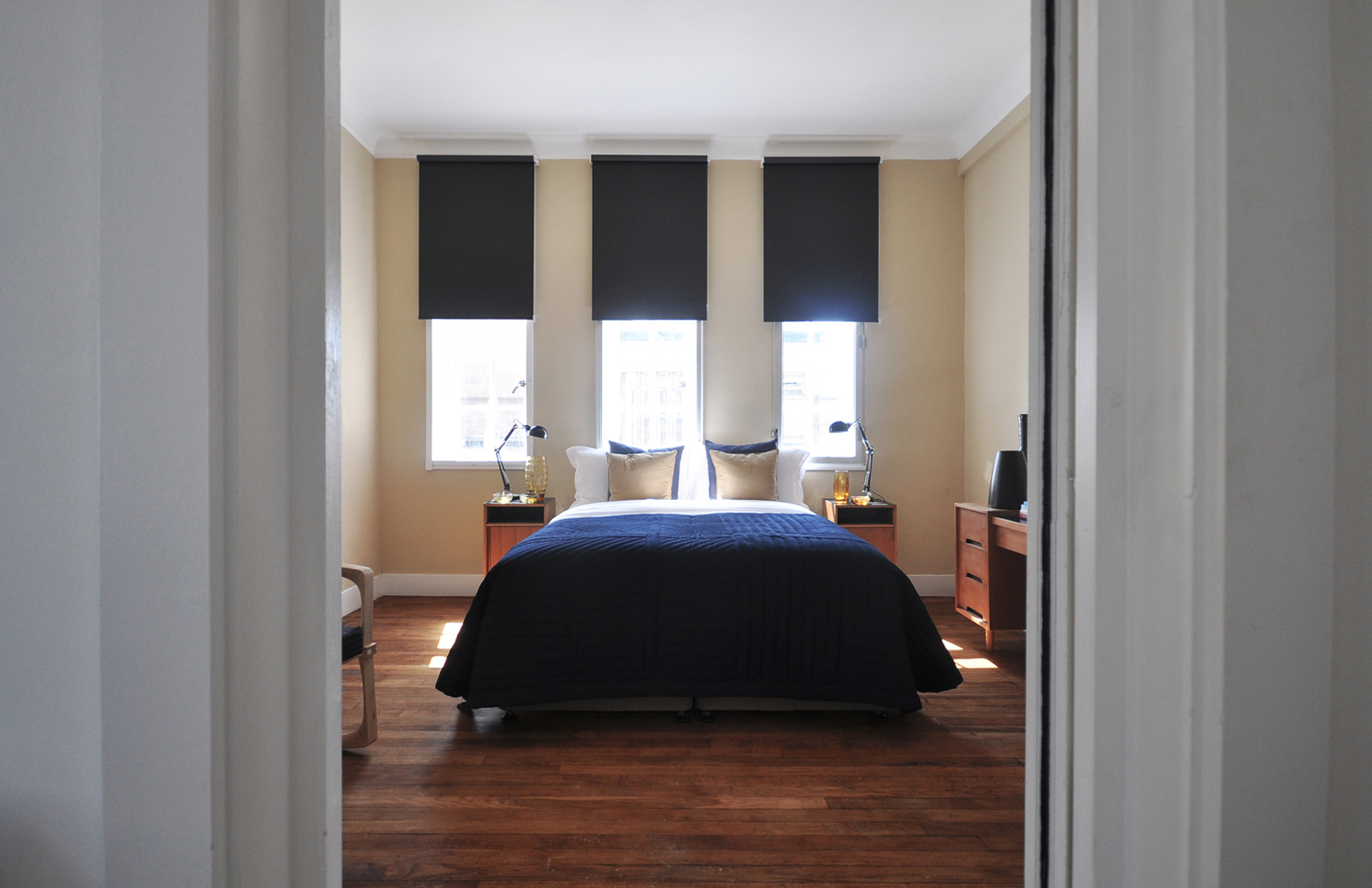 Green Rooms is a 22-room space for creatives and performers visiting the city, where prices start from just £18 per night. Housed in a disused Art Deco building in Wood Green, the not-for-profit project also has a bar, restaurant and community space for exhibitions and performances.

‘I want this space to be useful for the local community as well as visiting creatives,’ says founder Nick Hartwright.

Hartwright worked with Hoxton Hotel founder Kurt Bredenbeck on the project – the first of its kind in London – as well as Haringey Council, which owns the site. The hotel received financial backing from the Mayor of London’s £9 million High Street Fund and private investment for its £500,000 refurbishment.

Architects SODA transformed the building, constructed in circa 1934 as the showroom and headquarters of The North Metropolitan Power and Electricity Company.

‘Once we began to strip out and reveal the original features of the building, our approach became more reactive,’ says SODA’s principal architect, Russell Potter. ‘We responded to discoveries on site, producing a flexible design that allows the original features space to breathe and use our interventions in a simple and intelligent way that is clearly distinct from the retained fabric.’

As part of the work, 1970s and 80s office partitions and suspended ceilings have been removed. Original details such as parquet flooring, blue and white mosaic tiling in the bathroom and trussed teak ceilings in the former warehouse area – now two studio apartments and two dormitory rooms – have all been retained, with modern additions fitted in around them.

‘We wanted the building to wear the scars of its use,’ says Hartwright.

The ground floor hosts an informal public lounge area and a culinary incubator for fledgling restaurateurs. The first resident will be Esteban Arboleda, founder of Colombian Street Kitchen.

‘It’s important for us to create a hotel that has its own voice – working with the furniture and the architecture. British craftsmanship is a theme that came to me, and I ran with it,’ Bredenbeck says.

Going forward, the hotel will offer a monthly programme of events for the community, led by artists and performers staying in the hotel. 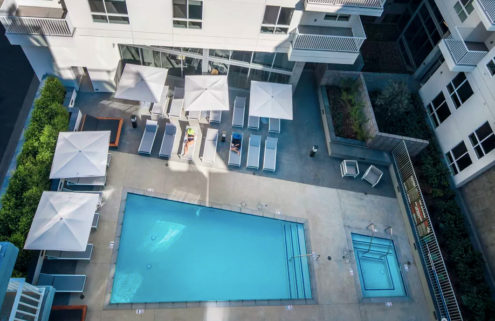 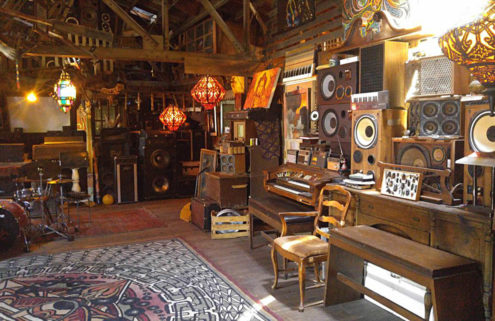