Travel I by Alexander Hawkins

Exploring the crumbling monuments of Abkhazia

Between the Black Sea and the Caucasus mountains, Georgia and the disputed territory of Abkhazia were once where the Soviet elite spent their summers. Soviet citizens in the 1920s would head south for two weeks each year, making the most of the region’s warm climate, spring waters and coastline during their state-funded holidays. Since the collapse of the USSR, most of the Soviet spas have been abandoned and Abkhazia has fought to break away from Georgia as an independent state.

‘West Georgia and Abkhazia were once full of amazing sanatoriums where the Russians would come and spend a lot of money,’ says UK-based photographer James Kerwin, who travelled to Abkhazia earlier this year to capture the crumbling ruins of its former Soviet resort towns. Their imposing edifices were built against a backdrop of rolling hills, lush landscapes and the ocean.

Today, many sanatoriums in Georgia house Abkhaz refugees displaced from their homes during the Abkhaz-Georgian war, leaving masses of buildings in Abkhazia empty and overrun by nature. ‘Travelling in Abkhazia is surreal – every day we passed by shells of grand homes, factories, warehouses and cars,’ says Kerwin. ‘The war is still very much at the forefront of people’s minds and it has created a fragile land.’

Abkhazia is notoriously difficult to enter, and both the British Foreign Office and the US State Department advise against travel to the region. Kerwin’s journey was beset by visa issues and transport challenges, but the trials were worth it. ‘The thing about Abkhazia and about the journey into the territory is that it surprises you at each and every turn,’ he says.

The photographer has been documenting derelict structures and their interiors since 2014. ‘I’m always drawn to abandoned buildings,’ he explains. You can see the ravages of time in the forgotten spaces he shoots, which have slowly fallen into disrepair. As well as deserted sanatoriums, Kerwin photographed battle-scarred train stations, schools and theatres during his ten days in Abhkazia. ‘This story and this place is very unique.’ 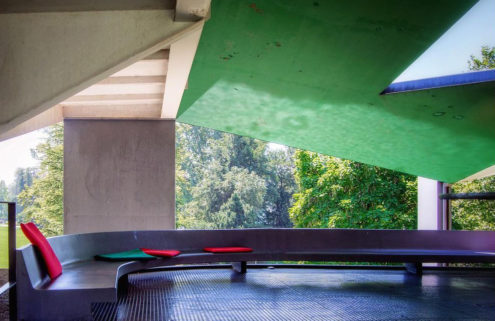 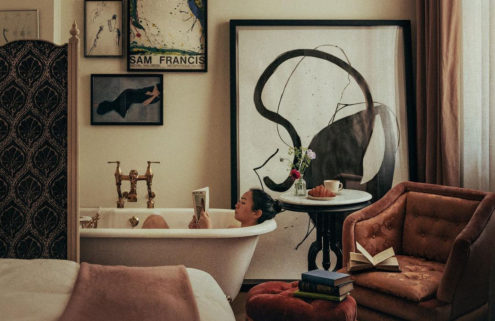