Angled shots of building facades frame its asymmetric, blocky forms while wide views of its covered walkways showcase an interplay of colour, light and shadow.

‘The housing complex has always fascinated me for its structure, colours and the way its design was conceived,’ said Luca Vegetti, who took the images last year in just one hour with the permission of its concierge. ‘There are a lot of ways to photograph the complex, and it can help you understand the concept of space and volume.’

The estate was built in the late 1960s as an affordable housing project in the Milan district of Gallaratese. It has 440 apartments spread over five blocks, which feature long, stepped facades, bands of identical windows, glass block walls and geometric forms with curved elements.

The complex was designed as a unified, self-contained urban community by Italian architects Carlo Aymonino and Aldo Rossi, who were inspired by the modernist ideals set out by Le Corbusier in his Unité d’Habitation complexes.

Built in neo-rationalist style, the estate offers a communal approach to shared living. Its blocks are arranged around an outdoor amphitheatre and concourse, and two triangular piazze with open-air decks, passages and interconnecting bridges, which unify the structures via myriad pedestrian walkways.

Nickname the ‘red dinosaur’ by its residents for its colour and form, the estate, which features terracotta exteriors and flashes of orange and yellow, is a popular shoot location for television commercials and music videos. 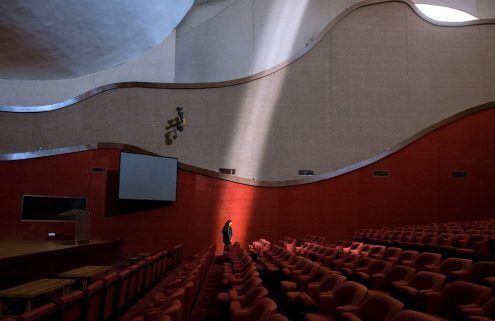 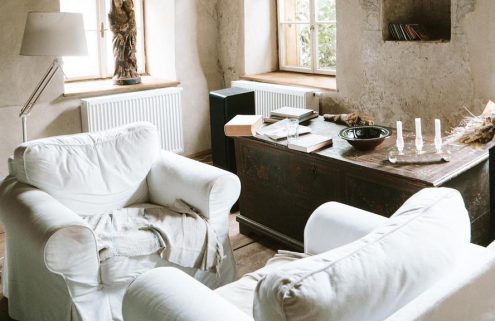 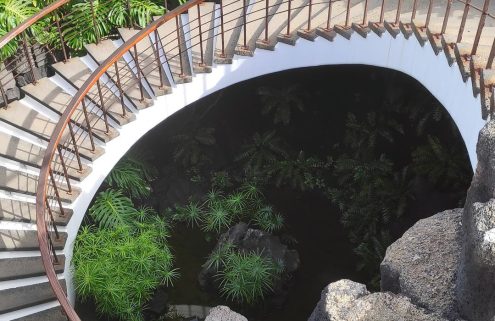