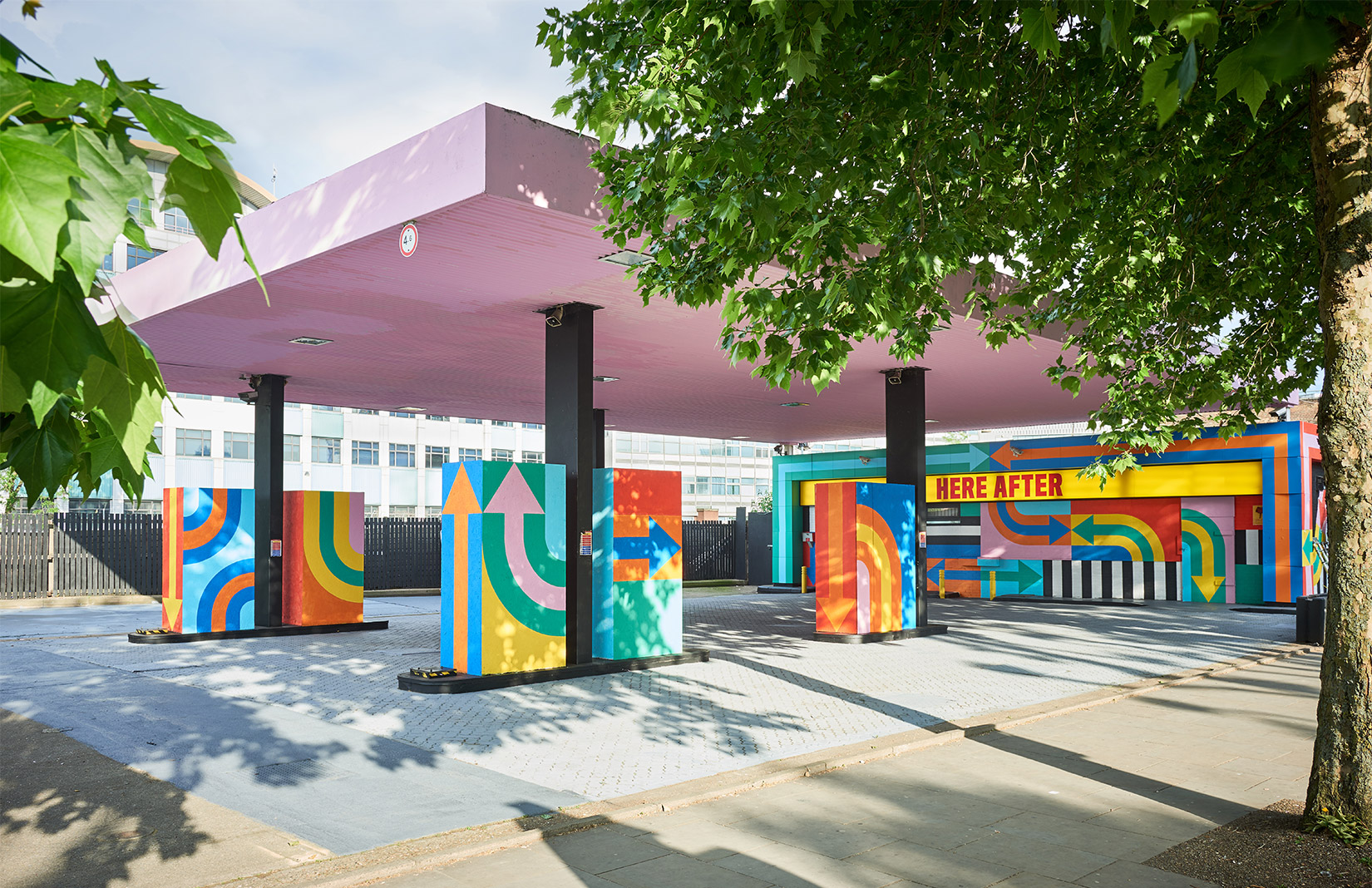 The duo, aka Craig Redman and Karl Maier, have taken inspiration from the bold colours of a tv test card for the White City installation, titled Here After, transforming the former pump stations into multi-coloured murals with the help of Global Street Art.

‘We view this project as the petrol station’s second life, or ‘wonder years’, which led us to use the words “Here After” as a reference to heaven or utopia,’ says the pair. ‘Now that the petrol station has fulfilled its duty, so to speak, it’s free to enjoy itself.’

Craig & Karl work in New York and London and are best known for their colourful large-scale installations, such as 2015’s 14,000 sq ft ‘candy carpet’ installed in Chengdu, China.

It’s earmarked for adaptive reuse as a pop-up events venue – part of the 10 year-long, £8bn regeneration of White City. The lynchpin of the scheme is the redevelopment of the former BBC Television Centre into 950 homes, restaurants, office space and a new outpost of Soho House with 47-room hotel.

Read next: See White City’s Pergola on the Roof – and 6 other alfresco bars in London 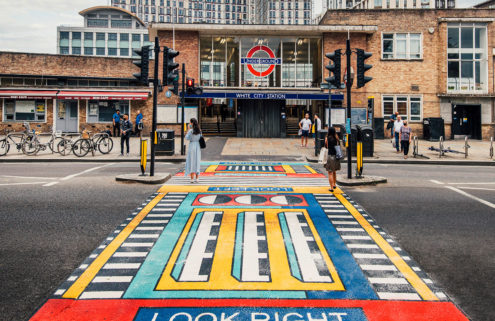 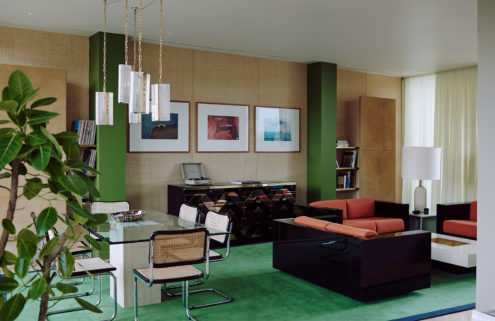 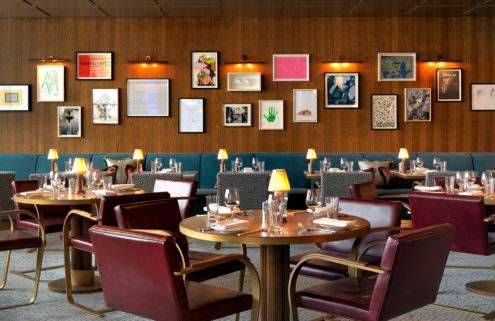 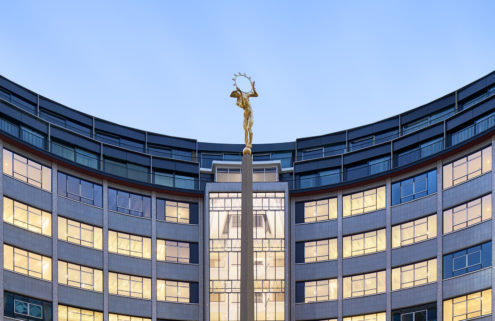