Titled ‘Les Jumeaux’ (The Twins), the playful artworks join seven murals around the public space as part of the development’s cultural programme, with Walala drawing on the surrounding architecture to craft their geometric design.

The dazzling murals continue Walala’s interest in interrupting the urban environment through colour, injecting primary shades, as well as black and white zebra stripes, into the streetscape.

Recently, the French designer was attributed to the high-octane, post-modernism inspired movement ‘New London Fabulous’ – a term coined by Adam Nathaniel Furman to encapsulate a group of four London creatives championing pattern and colour in their practice. 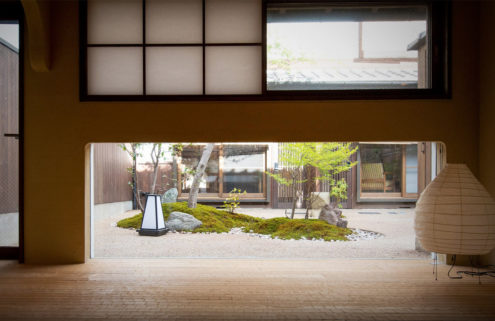