Summer trips to the seaside are all salty air and sunlit sand, but the British coast is just as appealing in the winter – if not a bit chilly. As the nights draw in, there’s something comforting about hunkering down around a log fire after a bracing walk along the coast. This cache of seaside cottages offers cosy spots to spend a winter’s eve.

The golden sands of Porthilly Cove lie just below this Wadebridge home, which dates back to the 18th century. Wooden beams, flagstone floors and wood-burning stoves are classic cottage fare, although the owners have added a subtle Scandi twist. Treverra Cottage is set on 14 acres of private land that includes a tennis court, pool and jacuzzi – and the Camel Cycle Trail and nearby fishing town of Padstow offer plenty to do nearby.

From £2000 per week via Cornish Secrets

One of several fascinating pieces of architecture on the pebbly shore of Dungeness, Shingle House is ideally situated to watch the sunset over the Kent coast. While other cottages in this edit are of the ‘chocolate box’ variety, Shingle House is truly a one-off. Interiors are minimal, lined in white-painted timber, with furniture positioned to make the most of the view – whether through the property’s ribbon windows or its glass doors, which open straight onto the beach.

£2,200 per week via Living Architecture

Located ten minutes drive from the beaches of Bude, this stone cottage is packed with rustic charm – from its roll-top tub to its farmhouse kitchen and slate floor. The surrounding Stoneleigh Knowle countryside estate promises meadows and woodland walks, and there’s also a private garden for stargazing on clear nights.

Light streams through the windows of this airy St Ives studio overlooking Porthgwidden Beach. Interiors are directly inspired by the cottage’s seaside location, with yellow accents and herringbone floors that echo the golden sands, as well as retro touches in the form of macrame plant hangers. Guests can also admire the ocean from the home’s terrace while filling up on Cornish specialities from the welcome hamper.

From £701 for the week via Boutique Homes

Botelet Farm offers a pair of mossy stone cottages – Cowslip and Manor – in Liskeard and access to hundreds of acres of land and wildflower meadows. There’s an eco-friendly twist to the twin stays, which are powered by the farm’s wind turbines. Water is drawn from a borehole, while the cottage’s wood burners are fuelled with logs the farm’s woodlands. Both properties boast historical details, although Manor Cottage is the oldest, dating back to pre-1600. The best stretches of the Cornish coast are within 30-minute drives from the cottage and mark the culmination of some spectacular rural walks.

From €78 per night via Welcome Beyond

The golden dunes of Camber Sands are on the doorstep of this former coastguard’s cottage, which offers five bedrooms and a set of artfully weathered interiors. The south-west facing garden is well placed to catch the sunsets, while the freestanding tub – which comes with sea views – is an excellent place to warm up after. There’s space for six guests to stay, including a master bedroom accessed by a ladder and tucked under the eaves.

The rugged beauty of the highlands might surround this coastal cottage, sitting at the southern tip of the Kyle of Tongue sea loch – but inside, Nordic design reigns supreme. Groves-Raines Architects rescued the crumbling ruin and rebuilt it using stone reclaimed from the remnants of a nearby iron-age building. Its minimal furnishing emphasise the surroundings, which can be admired from the safety of a fireside spot during rainy weather.

Price on request via Holiday Architecture

The Jurassic Coast’s Chesil Beach is a five-minute walk from this historic cottage, which has wooden beams and stone floors that speak to its heritage status. A private back patio overlooks the nearby beach, although guests might prefer to retreat to the wood-burning fireplace or indoor sauna on cold nights.

Britain’s only desert is blooming with contemporary architecture 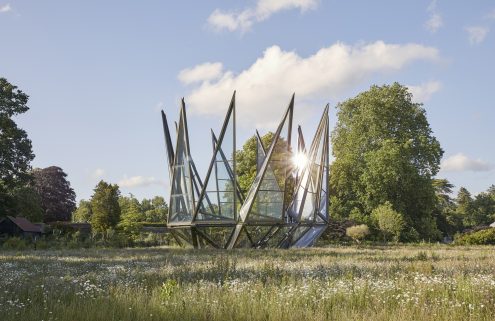 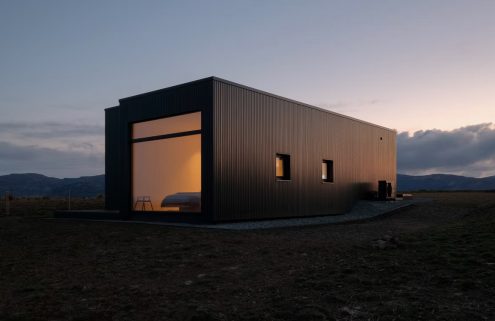 6 of the UK’s best small stays 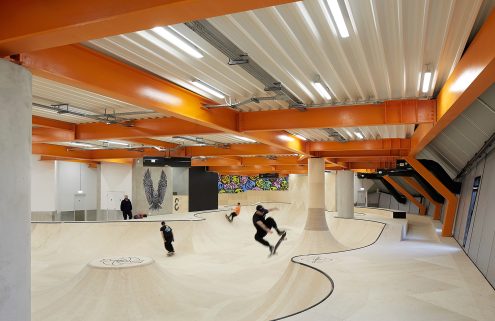