Dungeness: Britain’s only desert is blooming with contemporary architecture

Half a century after a nuclear power station threatened to blight it forever, the shingle promontory of Dungeness is flourishing.

Homes in ‘the Village’ – the hotchpotch of buildings in the brutalist monolith’s shadow – have become coveted seafront properties in this haunting landscape.

As far back as 1617, makeshift wooden fishermen’s cabins were being built on the Kent peninsula – an area so stark it has been dubbed Britain’s only desert. They were later joined by coastguards’ cottages, redundant 19th century railway carriages hauled onto the beach for use as makeshift holiday homes, alongside newer timber chalets and clapboard cottages, often of questionable quality and design.

Residents are currently digesting news that the freeholder of the 468-acre Dungeness estate, a family trust, has just put it up for sale for £1.5m. Their leases, however, won’t be affected.

Perhaps the most picturesque of the clapboard buildings is Prospect Cottage, former home of the film director Derek Jarman who created a unique wild garden before his death in 1994.

Over the last decade these modest dwellings have been joined by some of the finest examples of contemporary architecture in Britain.

The Pobble House by Guy Hollaway Architects is currently longlisted for the 2015 Manser Medal, which will recognise the best new home in the UK. Named after an ancient Kentish word for pebble, it replaced an asbestos-ridden bungalow, and has been designed to look like three linked pods, echoing the profile of the bungalow and its adjacent garage.

It is clad in Siberian larch, corten steel, and grey cement fiberboard, chosen to withstand harsh winds and rain and to weather beautifully. ‘I wanted to make something that was at one with the landscape and that got better with age,’ said Hollaway.

The architect’s house was built under some of the most restrictive planning regulations in Britain. Shepway District Council, when considering how best to protect Dungeness’s unique environment, hired conservation architecture expert Jack Warshaw, founder of CAP Studios to assess the area.

He concluded that its charm lay in its patchwork of styles. ‘They endow this natural canvas with the physical manifestations of “individualists” escaping the torments of the outside “civilized” world, a quirky, sometimes charming evocation of eccentric, independent ideas and healthy disrespect for authority,’ he told the council.

Ironically Shepway decided that the best way to protect this wayward area was to impose strict planning rules.

Simon Conder Associates has risen to Shepway’s challenge, building two homes on Dungeness – one based on an original fisherman’s hut. It was clad in black rubber, selected as a 21st century alternative to the felt and tar that covers many of Dungeness’s cottages because Shepway insists that building materials must be authentic to the area.

The footprint of the original hut could not be extended to squeeze in a guest room, so an aluminum 1954 Airstream caravan was parked up beside the house.

Conder’s other Dungeness house incorporates the 19th century railway carriage that originally sat on the site. In a canny piece of adaptive-reuse (Shepway requires that these original structures are retained), the structure forms the property’s kitchen.

Mike Pearson, project architect on the Pobble House, feels the tight rules under which designers must work have actually improved Dungeness’s architectural quality. ‘We find that the more restrictions we have, the harder we work,’ he said. ‘It just pushes us to be better.’

Another key example of modern housing on Dungeness is The Shingle House designed by NORD for Living Architecture. Visitors can rent the house – a monumental black structure, clad in tarred shingles, that gives way to a cool white interior – for £735 for a four-night break.

Owners of traditional homes like Sea View, a weatherboard cottage, also rent their properties to holidaymakers (from £377), while a converted coastguard lookout on the beach has been converted into a two bedroomed price (from £536).

Homes rarely come up for sale on the estate but Tersons estate agents are currently marketing a three-bedroomed bungalow for £295,000.

Steve Warren, senior negotiator, said despite the fact that homes built on Dungeness’s shingles are not mortgageable, their rarity and the uniqueness of their environment mean they still command a premium.

‘I have recently seen another three-bedroomed bungalow, which needs a bit of work doing to it, just off the estate,’ said Warren. ‘It is valued at £160,000.’

While the sale of the Dungeness Estate itself might suggest change is afoot for this remarkable stretch of shingle, the strict planning rules will make it difficult to implement. The consensus is that the protection the area enjoys as a National Nature Reserve and a Site of Special Scientific Interest will safeguard it from exploitation.

‘Dungeness is so unique and has so many rules surrounding it,’ said Rachel Patel, owner of the Pobble House. ‘We did have to keep to those rules when building our house but we also think it will protect us now.’ 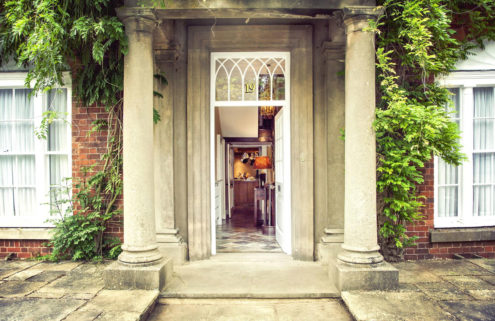 5 cosy cottages for sale in the the UK countryside 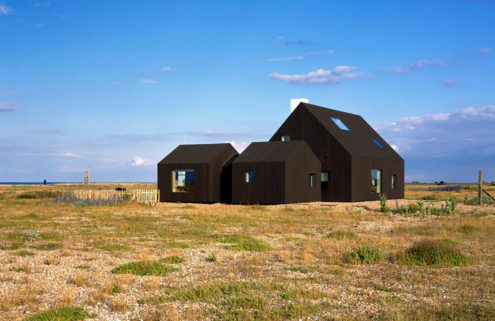 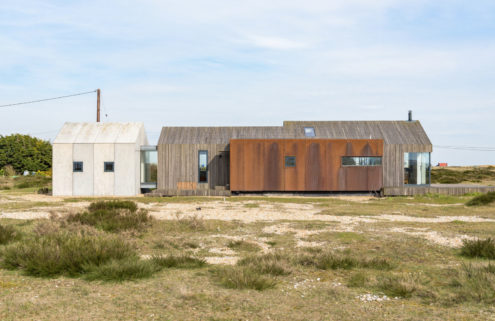 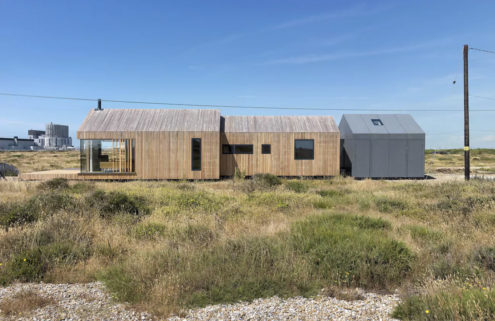 5 seaside escapes along the English coast