An 1885 Queen Anne Revival building in Camden, New Jersey, has been given new life as a ‘Writers House’ after a $4.2 million restoration.

The large property sits on the once-prosperous Cooper Street, near the centre of city – one of America’s most hollowed-out industrial hubs. It’s battered shell was a prime candidate for rehab, thanks to the material palette of hand-crafted woodwork, Roman and common red brick, limestone, marble, and Victorian gasolier light fixtures.

‘Architecture, unfortunately, is not one of Camden’s chief legacies,’ says Kim Colyar of Philadelphia-based SMP Architects, the firm commissioned by Rutgers University-Camden in the 13-month restoration. ‘But there are plenty of fine buildings if you look around.’

Reborn as a Writers House, it will be home to the school’s MFA program and English Department, as well as the student literary journal Story Quarterly. The first floor will be active space for workshops and readings, and the second floor administrative.

Vacant since 2001, the future Writers House came close to the brink after a chimney collapse. The freeze-thaw cycle also created structural damage.

‘A lot of the extravagant woodwork remained, though,’ says Colyar. ‘We pulled up a quarter-inch layer of cheap wood flooring to find the original yellow pine. It just needed reconditioning and a new finish.’

Contractors puzzled through salvaged brick to rebuild the front wall and chimney, and restore all the windows, doors, moldings, and remaining marble and wood fireplaces.

The house should soon be buzzing with students. Says Colyar: ‘To be able to bring this fully back for the city feels really great.’ 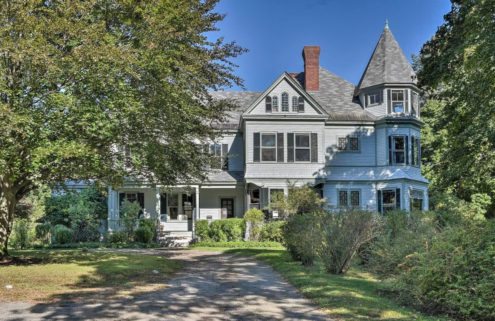 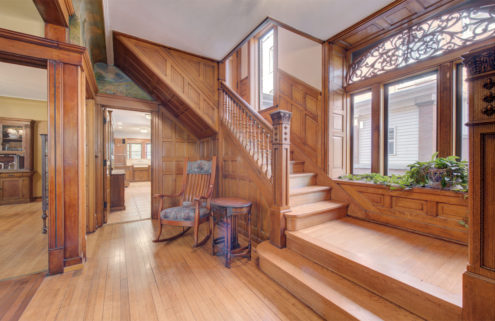 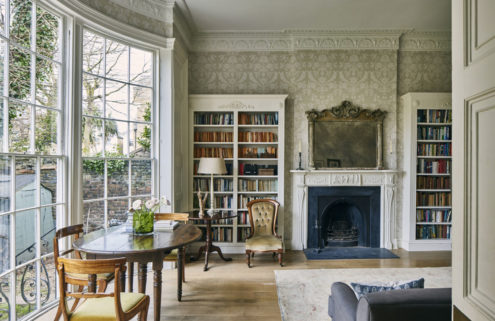 Regency refinement is on offer at this period home in Richmond 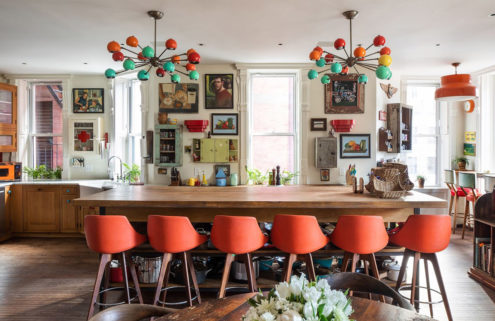