Detroit has been steadily building its reputation as a culinary playground, with restaurants and pop-ups commandeering abandoned spaces in the city’s downtown and metropolitan areas.

Embracing its outsider status and growing culinary revolution, the city is putting itself on the map as a fast-growing food mecca. But it’s not just the eating that’s good at its restaurants – their designs are set to match. Here are three of our favourite recent Detroit restaurant openings that are full of flavour.

Bold really is better, as new Middle Eastern outpost Magnet attests. Sitting on the site of a former radiator shop in Core City, the Detroit restaurant channels low-key nightclub vibes thanks to its red and blue neon tube lighting – but don’t be fooled.

This casual eatery is a modern take on the diners of yore, designed by Ish Raffiuddin, who’s honed that ‘midnight’ mood through its interiors. Standard-issue blue tiles and walnut are the staple material palette, while the building’s ceilings soar to 14-ft-high. Chef Brad Greenhill is serving up wood-fired Mediterranean dishes from the kitchen, including smoked chicken, flatbreads and grilled fish.

If you thought Detroit was all about the casual eating, think again. Fine dining restaurant Pernoi takes things up a notch in the Metro area, so don your dinner jacket and head to its wood-panelled Maple Room. Pernoi is a joint venture from chefs Luciano Del Signore and Takashi Yagihashi, who drafted local studio Kyle Evans Design to hone the interiors of the 2,700 sq ft restaurant. Evans has channelled inspiration from luxury yachts for the décor, and walls are hung with paintings by Korean American painter Dominic Pangborn.

The Siren Hotel launched to much fanfare last year in Detroit’s historic former Wurlitzer Building, but its casual eatery Karl’s is a new addition. Inspired by the old diners of Motor City’s heyday, the restaurant is designed by ASH NYC and furnished with vinyl banquettes and marble-patterned linoleum covered walls.

But while it harks back to the 1970s, it’s done without the kitsch and the diner’s black-and-white checkerboard floor is illuminated by neon lighting at night – a nod to the tube lighting of the building’s original Wurlitzer jukeboxes, tucked in the corner. Food meanwhile is all American fare: expect hamburgers, fries and milkshakes at the all-day dining spot.

Read more: Revitalising Detroit, a dish at a time 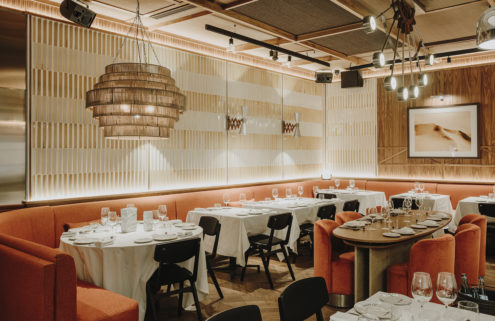 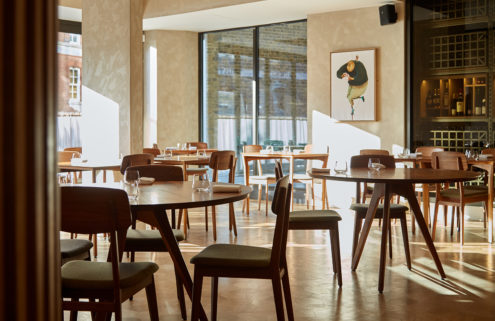 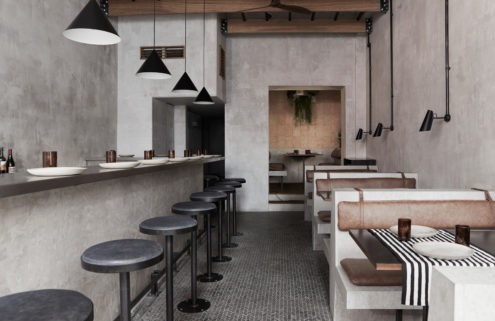 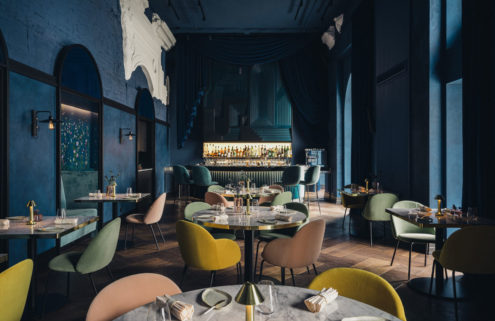 Warsaw restaurant Epoka is a jewellery box of colours