13 extraordinary writers’ homes you can visit

Retreats where they lived and worked

What can you discover about a creative person by seeing where they lived and worked? This is a question we’ve been exploring with our series delving into the homes of artists, musicians and fashion designers. Next up, authors’ homes: the places where they were born, where they wrote their most famous works and where they died.

From the Massachusetts farmstead where Emily Dickinson wrote 1,800 poems to Greenway in Devon, the house Agatha Christie called ‘the loveliest place in the world’, here is a selection of 13 of the best writers’ homes you can visit around the world.

Nabokov was born into one of Russia’s most prominent aristocratic families, spending his childhood between estates in Siverskaya, and the large St Petersburg townhouse at 47 Bolshaya Morskaya Street – a place he would describe as ‘the only house in the world’.

In 1916, aged just sixteen, he inherited the dramatic 18th-century mansion at Rozhdestveno from his uncle but history intervened to ensure he never had a chance to fully enjoy it, as his family fled the revolution less than a year later. The writer would never return to Russia, or see his childhood homes again, but both have now been established as museums to his literary legacy.

In 1947, high from the success of his seminal work Beauty and the Beast, the poet, artist and filmmaker Jean Cocteau bought a 16th-century house in a little known town 50km south of Paris. It was to be a refuge, somewhere private he could come first with Jean Marais, then his partner Edouard Dermit. With the support of philanthropist Pierre Bergé, the writer’s house has been preserved exactly as Cocteau left it, and visitors can explore both Maison Jean Cocteau and the nearby Chapel of Saint-Blaise-des-Simples, the site of his grave, which he decorated himself with a mural inscribed with the line ‘I remain with you’. If you’re heading to the South of France, we also recommend a tour of Villa Santo Sospir, owned by socialite Francine Weisweiller, where Cocteau spent many years. Its walls are decorated with his frescoes.

In 1949, four years before his death, the poet Dylan Thomas moved with his family to the Boathouse in the Welsh village of Laugharne. It’s an idyllic location, perched on a cliff edge above the Taf Estuary, overlooking the Gower, and proved highly inspirational.

Today visitors to Laugharne can see both The Boathouse and Thomas’s Writing Shed, the garage that he transformed into a creative haven and where he wrote some of his most famous poems, including Do not go gentle into that good night, and Over St John’s Hill, depicting eagles and egrets wheeling and crying over the river mouth.

Newstead Abbey has a florid past that arguably exceeds even that of its most famous inhabitant. Formerly an Augustine Priory, it was given by Henry VIII to Sir John Byron of Colwick during the Reformation in 1540. Over the years, it was transformed into an extravagant Gothic stately home, but its downfall began with the fifth Lord Byron, the so-called ‘Wicked Lord’ who – enraged by his son’s elopement – committed himself to ruination, so the errant son would inherit nothing but debt. In the event, both his son and grandson died before him, so on his death in 1798 the estate fell into the hands of his great-nephew – the future poet, bon-viveur and Romantic icon George Gordon Byron. The poet lived here periodically over his short life, and declared ‘Newstead and I stand or fall together’, but the financial ruin perpetrated by his uncle made it impossible to maintain, and it was eventually sold in 1818. Today the writer’s home has a sizeable collection of Byron memorabilia, including the elaborate tombstone to his beloved dog Boatswain in the grounds.

Born and brought up in Torquay, Queen of Crime Agatha Christie had known Greenway all her life. She described it as ‘A white Georgian house of about 1780 or 90, with woods sweeping down to the Dart below, and a lot of fine shrubs and trees,’ declaring it: ‘The ideal house, a dream house.’ She bought it in 1938 and it became a holiday haven until her death in 1976, as well as the lightly fictionalised setting for a number of her stories.

Agatha Christie fans can also make a pilgrimage to the infamous Bauhaus-inspired Isokon Building in London’s Hampstead, where the writer lived between 1941 and 1947, rubbing shoulders with architects, artists and both German and Soviet spies – including Arnold Deutsch, recruiter of the Cambridge Five.

The house most closely associated with the Bloomsbury Group is Vanessa Bell’s Charleston in Firle, but just three miles away sits Monk’s House, the country retreat belonging to Bell’s sister Virginia Woolf. It has nothing like the scale or drama of Charleston – it’s a modest 17th-century cottage – but it has serious charm. Virginia and her husband Leonard bought it in 1919, having fallen in love with the ‘shape and fertility and wildness of the garden’. This garden would become Leonard’s obsession and a salve for Virginia’s depression – her writing lodge was tucked into the trees and her daily walk from house to desk was a source of peace and inspiration.

Today Monk’s House is under the patronage of the National Trust, and visitors will find the house returned to the style of its Bloomsbury days, filled with the Woolfs’ collections of furniture, books and art. True Virginia Woolf fans can even stay the night at the end of the garden.

A vivid example of the Victorian high Gothic style, the Connecticut abode of the author otherwise known as Samuel Langhorne Clemens has been described as ‘part steamboat, part medieval fortress and part cuckoo clock’. Built in 1874 – to designs by Twain and his wife – it was the writer’s home for 17 years, and it was here that he penned both The Adventures of Huckleberry Finn and Tom Sawyer.

Money troubles meant Twain had to let the house in 1891, and he never lived there again, but his love for the place was undeniable: ‘To us, our house…had a heart, and a soul, and eyes to see us with…it was of us, and we were in its confidence…’ Take a virtual tour here.

Emily Dickinson is more closely associated with her home than most of the other writers on this list by virtue of the fact that from her thirties onwards, she was confined to it. ‘I do not cross my Father’s ground to any house or town’, she wrote in 1868, and stories abound of her conducting social interactions from behind doors. A large Federal-style homestead built in the 1830s, the writer’s house has been preserved much as Dickinson would have known it, including her bedroom – the ‘mighty room’ where she wrote all her poems on a tiny desk just 18” wide. Budding writers can now rent the room and work at the famed desk (it’s a copy, however, as the original resides at Harvard).

The delicious oddness of Edward Gorey’s old sea captain’s cottage in Cape Cod, where he lived from 1979 until his death in 2000, is entirely in keeping with his work, despite bearing little resemblance to how it would have looked when the author-illustrator was alive. Gorey filled the cottage with a mad clutter ruled over by an adored coven of cats; today, the writer’s home has been invaded by his gleefully ghoulish creations. Highlights include a scavenger hunt showing the fateful ends of The Gashlycrumb Tinies, from ‘A is for Amy who fell down the stairs’ all the way to ‘Z is for Zillah who drank too much gin’.

In 1903, Edith Wharton wrote of her latest creative endeavour: ‘I am amazed at the success of my efforts…This place, every line of which is my own work, far surpasses The House of Mirth…’ She was describing The Mount, her Georgian inspired manor house set in 113 rolling acres in Massachusetts. Infused with French, Italian and English traditions, Edith Wharton’s home was the perfect enunciation of the author’s lifelong passion for design, architecture and landscape gardening.

Unfortunately circumstances conspired to let her live there for just ten years – when her marriage to the psychologically unstable Teddy Wharton collapsed, she vacated America altogether and eventually settled in Europe. But today, after years as a girls’ school, The Mount has been restored to its Wharton-esque glory, and is now open to all.

The fiction of Gabriel García Márquez – arguably South America’s greatest novelist – had its embryonic beginnings in Aracataca. García Márquez’s family moved here in 1910 so his grandfather could escape his remorse at killing a man in a duel, and it was in the small river town that the author began to read voraciously and encounter the good and evil spirits that infuse his novels. The original house was blown over in a storm, but the eight room abode was reconstructed in 2010 as a place of literary pilgrimage, filled with the author’s memorabilia.

‘I had a farm in Africa, at the foot of the Ngong Hills.’ From the first line of her bestselling memoir, Out of Africa, Karen Blixen captured the imagination of millions of readers with her portrayal of the final days of the British Empire in Kenya. Blixen arrived in Kenya in 1914 to marry her cousin, the feckless Baron Bror von Blixen-Fincke. The tale that unfurls – of moonlit safaris, frustration, betrayal, affairs, divorce, drought and the eventual sale of their coffee plantation and Blixen’s heartbroken return to Denmark in 1931 – was a hit both in print and on screen, in the Oscar-winning film of the same name starring Meryl Streep.

Today the farmhouse where Blixen lived and worked has been turned into a museum, a celebration of the author’s life and commemoration of the complicated colonial time in which she lived.

Despite her tragically premature death at just 34, Katherine Mansfield remains to this day New Zealand’s most famous writer. She did not spend much time in her native country – born in 1888, she and her family moved to London in 1903 and she never returned, spending the rest of her short life travelling around Europe. But her first five years were spent in a modest white, two-storey house, near the oceanfront in Wellington. She appears to have nourished a hearty dislike for the place – in her writing, it is described variously as a ‘dark little cubby hole’ and a ‘horrid little piggy house’ – however her memories and experiences here were recreated in her most famous short stories including Prelude, The Dolls’ House, and The Wind Blows. Today the house has been restored to its original state, and features a fascinating collection of Mansfield’s own belongings.

Read next: 11 incredible artists’ homes you can visit 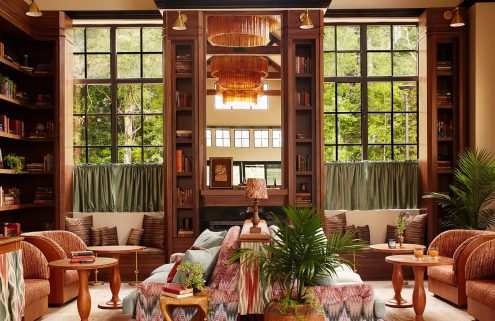 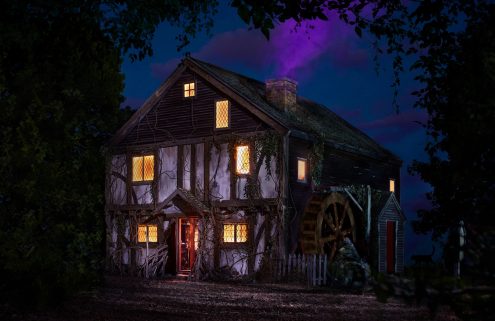 Spend Halloween at the Sanderson sisters’ cottage in Massachusetts 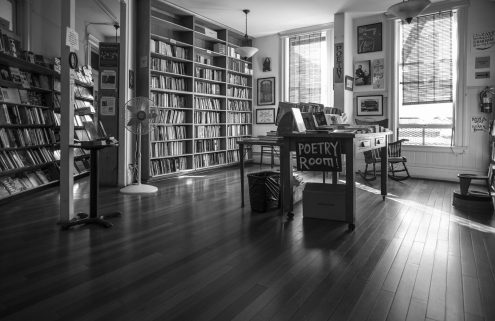 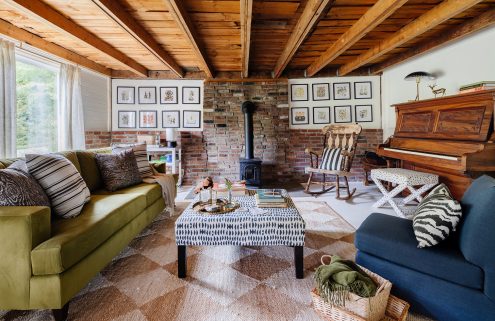