World Expo legacy: what have these architectural pageants left behind?

We chart 10 icons from fairs gone by

As the organisers of the recently concluded World Expo in Milan look to clarify the future of its 110-hectare site in the north of the city, questions are once again being raised over the legacy these events leave behind. Without Expos, Paris might not have the Eiffel Tower and Seattle would be without its Space Needle, but do a few privately owned monuments justify the enormous expense and upheaval that hosting an Expo demands?

The Italian prime minister Matteo Renzi recently announced plans to transform the site of this year’s Expo into a technology park, at a cost of €150 million per year for the next 10 years. Protesters who argued before the event that ‘Expo is a machine for burning public money,’ are likely to find this news hard to swallow. But creating a legacy for Expos is no easy feat, as evidenced by the struggles of Seville, which ran out of money to remove many of the pavilions erected for the 1992 Expo and subsequently incorporated them into a science and education park.

According to Expo 2015’s design director Matteo Gatto, rather than any specific landmarks, a key legacy of the fair will be the public spaces it leaves behind, which he hopes will provide a foundation for the site’s redevelopment. ‘Around these empty spaces we can design the future of this area,’ Gatto has said. ‘But how it will all turn out is, unfortunately, very uncertain.’

The organisers of this year’s Expo did at least encourage participating nations to consider potential future uses for their pavilions and develop designs that can be demounted and moved following its conclusion.

‘Significant resources are poured into creating these pavilions so the potential to relocate and reuse after the Expo is a massive opportunity,’ says Nottingham-based artist Wolfgang Buttress, who designed the British pavilion. Buttress received the BIE Gold Award for Architecture and Landscape for his beehive-inspired honeycomb structure, surrounded by a large area of low-cost, low-impact landscaping.

‘The Hive was designed as a kit of parts that are mechanically fixed for ease of assembly and disassembly,’ Buttress explains, adding that some of the landscaped elements have already been moved to new sites in Milan, while negotiations are ongoing with several organisations interested in re-erecting the pavilion.

Structures that can be moved and reused offer an intelligent solution to the issue of legacy, but buildings that remain on an Expo site must be able to evolve to meet the changing needs of the city.

The enduring icons of Expo architecture tend to be truly innovative examples of design or engineering, capable of encapsulating and communicating the zeitgeist to subsequent generations. The following structures from around the globe show what it takes for an Expo pavilion to survive and prosper long after the fair has packed up and left town. 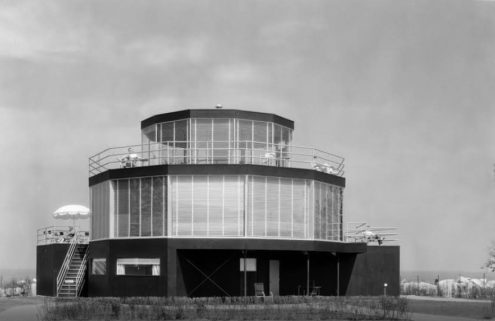 The ‘House of Tomorrow’ is seeking a generous new tenant 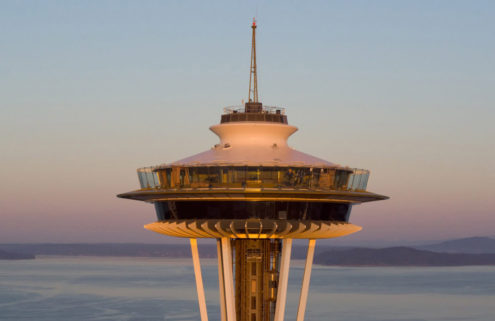 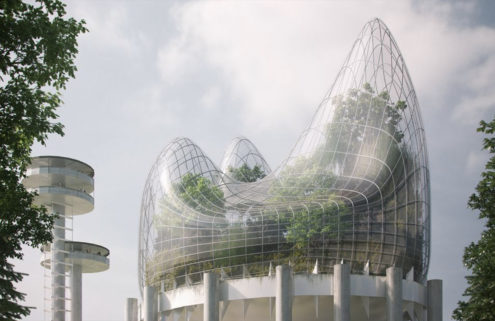