Thisispaper creates a minimalist holiday apartment in a Warsaw distillery

Magazine and design studio Thisispaper has brought its characteristic blend of minimalism to a new venture: a holiday home inside a former distillery in Warsaw.

Named A-Place, the apartment’s stripped back interiors are intended as a ‘tangible’ version of Thisispaper, and feature largely natural materials including wood, steel and ceramics. The colour palette is muted – as you’d expect from the brand – and furniture has been kept to a minimum.

Design classics by Dieter Rams, Arne Jacobsen and Louis Poulsen are scattered about the top floor flat and the kitchen features a ‘lid’, meaning it can be hidden away when not in use.

‘Every surface, object and colour has been hand picked in line with our design philosophy that creates harmony through focus on function and purity of form,’ says the studio. In addition to its print magazine, Thisispaper also opened a shop in a Soviet era dental clinic in the city, in 2016.

Extra touches include a gramophone and set of 1970s records, shelves filled with design and architecture books and magazines, and origami sets – for guests with spare time on their hands.

The one-bedroom Warsaw apartment – available to rent via Airbnb from £98 a night – inhabits a new building inside what was once the Koneser vodka factory complex, located in the city’s Praga district.

Read next: Get to know Poland’s radical post-war churches 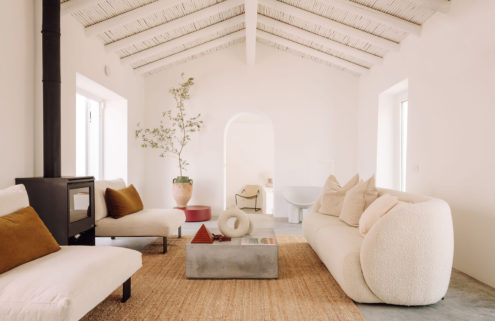 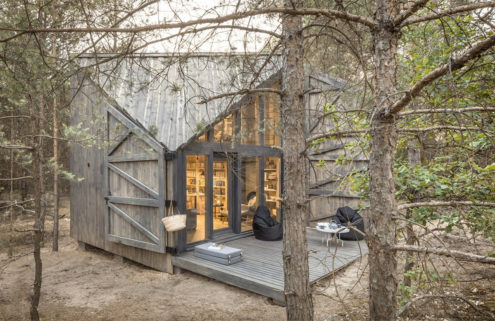 Bookworm Cabin is a miniature library in the woods outside Warsaw