Mile City’s 50% Cloud stands out against the forested backdrop, thanks to its unusual funnel-shaped red brick exterior.

Hong Kong studio Cheng Chung Design created the restaurant, basing it in part on the works of local sculptor Luo Xu, whose Aboriginal Nest exhibition was shown inside similar pot-shaped structures. CCD used only bricks to build 50% Cloud, punctuating its terracotta-coloured surface with triangular openings that bring shafts of natural light inside.

Diners sit beneath sprays of greenery, thanks to potted trees, with the arched brickwork creating a vault-like atmosphere in the restaurant. CCD has treated the space almost like a gallery, installing a vast curving steel panel that leads guests into 50% Cloud from the lobby and several other artworks around the restaurant. 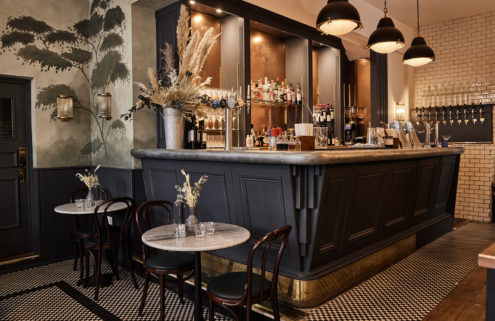 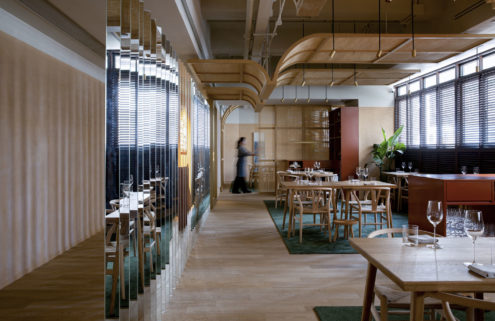 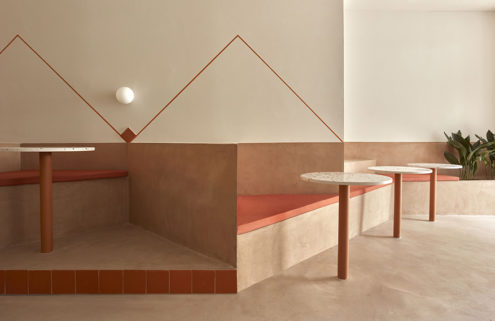